What an accurate Census means to You

“… Representatives and direct taxes shall be apportioned among the several States which may be included within this Union, according to their respective numbers, which shall be determined by adding to the whole number of free persons, including those bound to service for a term of years, and excluding Indians not taxed, three fifths of all other persons. The actual enumeration shall be made within three years after the first meeting of the Congress of the United States, and within every subsequent term of ten years, in such Manner as they shall by law direct.” 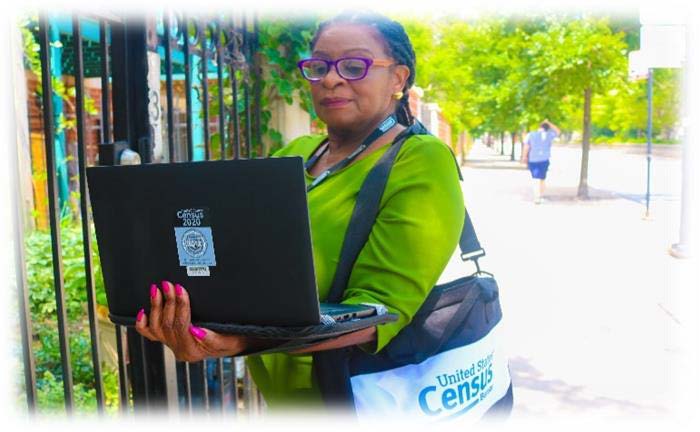 As the U.S. Constitution specifies, a census of all people shall be taken every 10 years, and 2020 marks the year where we will all, we hope, be counted. But what’s with the “three fifths of all other persons”?

Those “all other persons” were slaves, and how to count them and for what purposes is at the heart of the three-fifths compromise of the 1787 Constitutional Convention. Slave holding states wanted slaves to be counted as part of their population in order to give them more seats in the House of Representatives — but not counted for taxation purposes. Those states considered slaves property not people. States with a small slave population wanted just the opposite — slaves counted for taxation, but not representation. The compromise was to count only three out of five slaves for the purposes of representation and taxation. This gave slave states more representatives than they would have had if slaves had not been counted. In 1793, Southern states had 47 of the 105 House members but would have had only 33, had seats been assigned based on free populations. Even after the Civil War and passage of the 13th Amendment abolishing slavery, the South still had the advantage because former slaves were now counted as free people.

Not just about apportionment

Census data is used to decide much more than how many representatives are apportioned to each state. It’s used to determine where billions of dollars in federal tax money go to support schools, build roads and bridges, fund hospitals, fire departments, Medicare and Medicaid and community development block grants.

Who do you count?

The Bureau also says to, “Count all children living in your home, including foster children, grandchildren, nieces and nephews, and the children of friends (even if they are living with you temporarily).” Count children who split their time between home if they are living with you on April 1, 2020. Even count newborns who are born on April 1, 2020, or who are still in the hospital on this date.

Many people, particularly African Americans and immigrants, worry about how their data might be used and refuse to fill out Census forms, but by law, “Under Title 13, the Census Bureau cannot release any identifiable information about you, your home, or your business, even to law enforcement agencies…” Your private data is protected and “your answers cannot be used against you by any government agency or court.”

By April 1, 2020, every home will receive an invitation to participate in the 2020 Census and there are three options for responding: Online, phone or by mail. However, remember these simple steps to avoid scams and fraud:

If a Census worker visits your home, do the following to verify their identity. Check to make sure they have a valid ID badge, with their photograph, a U.S. Department of Commerce watermark, and an expiration date.

The bottom line is the Census is very important to you, your community and your state.