Voter suppression is as old as the United States

Voter Suppression is defined as: “a strategy used to influence the outcome of an election by discouraging or preventing specific groups of people from voting.” 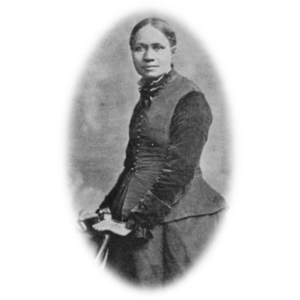 Once upon a time in a land called, “The Land of the Free and Home of The Brave,” there were three kinds of citizens:

• White male citizens could vote, own property and basically take advantage of all the freedoms afforded by the Bill of Rights and the U.S. Constitution.

• With the 15th Amendment, ratified in 1870, Black males had the legal right to vote, but were still shackled by a system that excluded them from the mainstream, and in the South, the right to voted was denied as whites used poll taxes, literacy test and intimidation, including murder, to deny that constitutionally granted right.

The suffrage movement began before the Civil War and was intertwined with the abolitionist movement, but that all changed as the 15th Amendment was moving through the process of ratification. A split in the suffrage movement occurred because Black men would get the right to vote, but not women of any shade.

According to Sharon Harley’s “African American Women and the 19th Amendment”, Black women and white women joined together for a time. “The U.S. women’s rights movement was closely allied with the antislavery movement, and before the Civil War Black and white abolitionists and suffragists joined together in common cause,” she wrote. 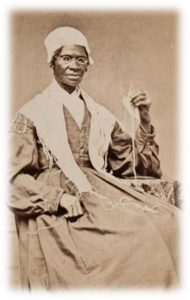 “With the end of the Civil War, arguments for woman suffrage became entwined with debates over the rights of former slaves and the meaning of citizenship. Sisters Margaretta Forten and Harriet Forten Purvis, who helped to establish the interracial Philadelphia Suffrage Association in 1866, and other Black women were active in the new American Equal Rights Association (AERA), an organization formed by former abolitionists and women’s rights advocates that endorsed both women’s and Black men’s right to vote.

“But with the proposal of the 15th Amendment, which would enfranchise Black men but not women, interracial and mixed-gender coalitions began to deteriorate. Suffragists had to choose between insisting on universal rights or accepting the priority of Black male suffrage. The split in the suffrage movement over the 15th Amendment prompted Elizabeth Cady Stanton and Susan B. Anthony to sever ties with the AERA and form the National Woman Suffrage Association (NWSA), which promoted universal suffrage, insisting that Black men should not receive the vote before white women. Harper joined the new American Woman Suffrage Association (AWSA), which supported both Black suffrage and woman suffrage and took a state-by-state approach to securing women’s right to vote.

Though all versions can now vote there are ongoing efforts to curb the Black vote and the vote of other people of color. Our country is 244 years old, and for more than half of our shared history, one class or another, were denied the right to vote.

Here’s the kicker: all citizens suppress their own voice when it comes to voting. In the June 9, 2020 Primary Election, only 38.9 percent of Macon-Bibb County voters cast a ballot and in Houston County the percentage was 26.4. And we wonder why our communities are in the shape they are in.