TORNADOES: What To Do and Not To Do 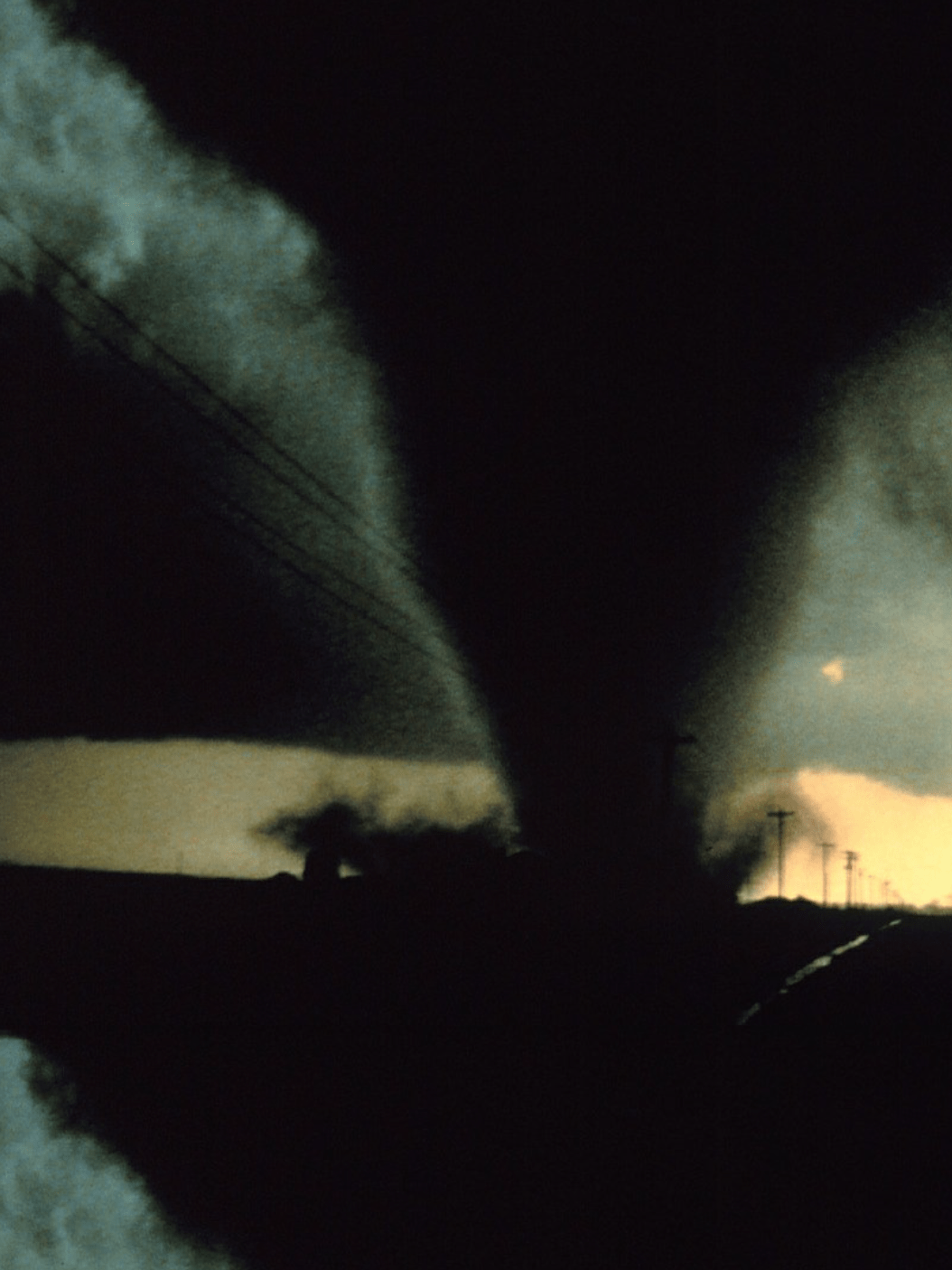 01 Mar TORNADOES: What To Do and Not To Do

They can drop out of the sky if conditions are right at  anytime of the day or night. On Saturday,    January 21, an EF-2 (Enhanced   Fujita Tornado Damage Scale, meaning winds of 111 mph to 135 mph) hit Warner Robins. Actually, it tracked a 14-mile path through Houston and Peach counties starting at 11:40 a.m.

And it wasn’t by itself — a total of 13 twisters hit Middle Georgia that day, ripping the roof off the Booth Road  Wal-Mart while depositing the store’s HVAC units about 50 yards away. Several sub-divisions also were damaged, but no loss of life. The rest of the state wasn’t so fortunate.

There were seven tornadoes that hit Baker, Dougherty, Worth, Turner and Wilcox counties on Sunday, January 22. The most powerful, an EF-3, packing 150 mph winds, hit Dougherty and Wilcox counties. This monster tornado was a mile and a quarter wide and the National Weather Service says it traveled for 71 miles. Five lives were lost in Dougherty County and 40 were injured.

All totaled that fateful weekend, 15 souls lost their lives in Georgia, four in Mississippi and one in Florida.

You can’t really run from a tornado and Middle Georgia, of all places, should know these dreadful storms can and do happen here. Just last April Fool’s Day, four tornadoes dropped out of the sky and did $14 million in damage in Warner Robins, and fortunately no lives were lost.

Tornadoes have touched down in just about every Middle Georgia county in the last decade. In 2008, the Mother’s Day tornadoes in Macon struck before daylight. It was my first, and hopefully last, experience with a tornado. Let me tell you a bit about it — and what to do and what not to do.

I was awakened from a deep sleep by the sirens, the se-vere weather warning sirens. I don’t really know how they woke me up, I sleep hard. Actually, I don’t think the sirens woke me up at all, but we’ll get into that in a minute. I went to our screened-in porch that looks out to the west. It looked like a fireworks show in the pitch-blackness.

I went back inside and woke up my wife, Pamela, and  started upstairs. My sister in-law, Diane, was staying with us, but as I was headed up the stairs she was headed down. I told her to get in the hall bathroom and hold on.

My wife and I went into the master bedroom, and here is my No. 1 mistake. Over our bathtub is a frosted window. While we were a good distance from it, flying glass pushed by 100 -plus mph winds told me this was not the safest place to be. Not good, but the train was coming (yes, it feels just like a train) and it was too late to move.

The house started to shake and we started to pray. The shaking seemed to last forever, but in reality, it passed through our    neighborhood very quickly, probably a matter of seconds.
After it passed, I quickly put on some clothes and went  outside. It was still dark, but I saw my neighbor David. And I saw a huge tree across our road. Another big tree in  David’s back yard had also given up the ghost. Another neighbor’s fence that surrounded his backyard was lying prostrate on the ground. And the neighbor on the corner roof had disappeared.
David and I started knocking on doors to make sure  everyone was OK. The sun was starting to show its face and we began to get a glimpse of what we couldn’t see in the dark.
The tornado had sucked David’s garage door in and  exhaled it, but before it hit our street, it took Westside High School’s sign and deposited it in pieces all over the neighborhood a couple of hundred yards away. It took my hurbie curbie trash can somewhere. We never found it. The neighbor who lost the roof? She is a collector of knickknacks. She was standing in her upstairs bedroom when the roof flew away. She didn’t fly away with it and not a single knickknack was disturbed.

Is there a Biblical lesson in all of this? Since you can’t  outrun a tornado or hide from one — they fall out of the sky without warning most times — what are you supposed to do?
Remember Psalm 23:4, “Even though I walk through the darkest valley, I will fear no evil, for you are with me; your rod and your staff, they comfort me.” That simply means the Lord is always with us and will see us through all of our storms — those created from within and without.