The World Keeps Spinnin’ Round: What’s Next? 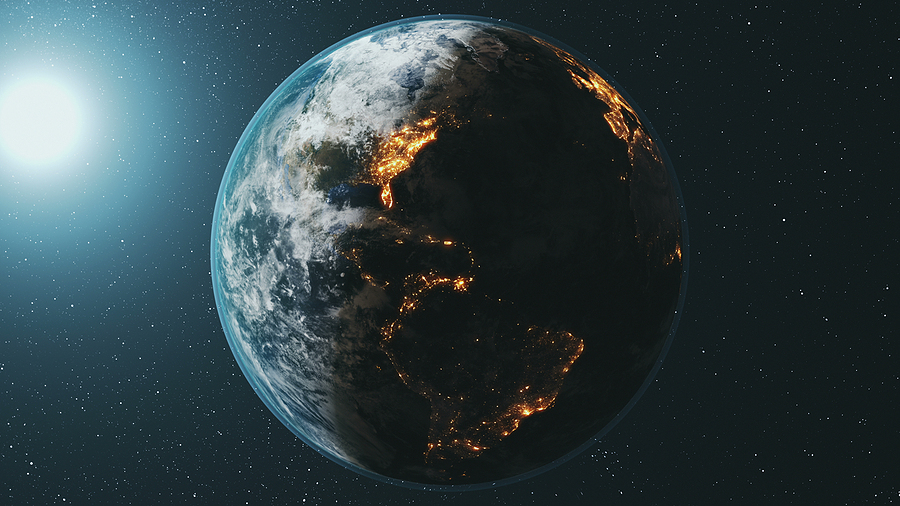 I’ve experienced a number of events during my long life. I’ve seen things I never expected to see. Most have been good and have let me know how blessed my life has been, but there are more than a few moments I’d rather forget but can’t.

On Friday, Nov. 22, 1963, I was having lunch on the bleachers at George Washington Carver Junior High School in Los Angeles, California, when an announcement came over the public address system ordering us back to our classrooms. As I walked down the hallway, I saw teachers crying. I would soon find out President John F. Kennedy had been killed by an assassin’s bullet in Dallas, Texas. Kennedy was 46, I was 12. I can still remember his funeral procession three days later.

My mother and I relocated from the LA area to Stockton, California about a year before a section of the city, Watts, where I spent my 3rd and 4th grade years, exploded on Aug. 11, 1965. Streets where I had casually walked were now aflame.

Fast forward to 1968. I was a junior at Thomas Alva Edison Senior High School in Stockton when we got news on April 4, from Memphis, Tennessee, that Dr. Martin Luther King, Jr., had been assassinated on the balcony of the Lorraine Motel. King was 39, I was 16. Two months later, on June 5, I was watching the victory celebration from the Ambassador Hotel as Robert Kennedy had just won the California Primary in his quest for the Democratic Party’s nomination for president. Then all hell broke loose. Kennedy was critically wounded in the assassination attempt and died the next day. He was 42.

Not all my early memories involved assassinations. I watched the black and white blurry images emanating from 238,855 miles above the Earth, as Neil Armstrong became the first human to touch the Moon’s surface on July 16, 1969, with the words, “That’s one small step for a man, one giant leap for mankind.” Just a month earlier, I graduated from high school. I was 17.
The 1970s were a special time, particularly the music: O’Jays, Brothers Johnson, Al Green, Isaac Hayes and Bill Withers, but it was Marvin Gaye’s “What’s Going On,” that became the anthem of the day, as young men, like me, contemplated a future with Vietnam staring us in our faces. I went to college, but many of my high school buddies went to Southeast Asia, and more than a few didn’t see home again.

President Richard Milhous Nixon’s path to destruction began when burglars, connected to his administration, broke into the Democratic National Committee’s headquarters in the Watergate Complex on June 17, 1972. Facing sure impeachment, he resigned on August 8, 1974. I was 22.
Watergate led to Georgia native, Jimmy Carter’s election to the presidency in 1976, beating Gerald Ford, the nation’s first unelected vice president and president. Ford was the Senate minority leader before being picked by Nixon after Vice President Spiro Agnew was forced to resign for corruption. History will shine a bright light on Carter who is now 96, but it will be because of his numerous philanthropic endeavors undertaken since leaving office. His presidency was marred by the Arab Oil Embargo, crushing interest rates (11.20 percent) — and finally — the Iranian Hostage Crisis all in 1979.

The 1980s brought President Ronald Reagan, the first celebrity president, to power. His two terms were marked by an attempted assassination on his life in 1981 and appointing Sandra Day O’Connor, to be the first woman U.S. Supreme Court justice that same year. He sent troops to Lebanon, where in October 1983, the Marine barracks in Beirut were attacked by suicide bombers, killing 241. Reagan also ordered U.S. forces to invade Grenada, but what stands out, to me, more than any other event during his tenure, was on January 28, 1986, when, under an azure blue sky, NASA Space Shuttle Challenger lifted off over Florida’s Kennedy Space Center at Cape Canaveral. Seventy-three seconds later it exploded, killing all seven aboard, including 37-year-old high school teacher Christa McAuliffe. I was 35.

After each occurrence, I’ve wondered — not if something else will happen, but when? That “when” started with the election of Donald J. Trump to the presidency. I’ve always said his election was God’s gift to America. God pulled back the drapes and allowed us to see the real America, not the fantasized exceptional facade we have portrayed to the world. That included people in our circles at work, school and play. Then COVID hit and changed everything. The prelude to the final climax was the killings of Ahmaud Aubery, Breonna Taylor and George Floyd. The deaths wrought continuous protest over police violence against Black people during the summer of 2020.

The Nov. 3, General Election saw a record 155.5 million voters cast ballots to end the Trump madness, and in Georgia, almost 4.5 million voters, another record, returned to the polls in a runoff to elect Rev. Raphael Warnock and Jon Ossoff, both Democrats, to the U.S. Senate. Formerly Red State Georgia turned Blue, at least temporarily, and handed control of the Senate to Democrats putting a final nail in Trump’s coffin — I thought.

The democratic victories were more than some tortured souls could manage, and a sight I never dreamed possible occurred on Jan. 6, when Trump supporters, spurred on by his narcissistic, deranged personality, in an act of insurrection, attacked the United States Capitol in Washington, D.C. That, was the final nail, for many.

In the next days, weeks and even years, God’s will is going to continue to express itself. The Trump brand is forever soiled as his legal woes compound. The shape of local, state and national elections has been redirected in unimaginable ways that could not have been predicted a few weeks ago. As Pastor Tolan Morgan expressed in his Jan. 10 sermon, Israel, after a period of reproach, finally saw God’s favor. The Bible tells us in Joel 2:23: “Be glad then, ye children of Zion, and rejoice in the Lord your God: for he hath given you the former rain moderately, and he will cause to come down for you the rain, the former rain, and the latter rain in the first month.”