The Importance of Voting: Part 2 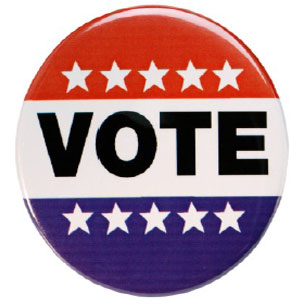 05 May The Importance of Voting: Part 2

In last month’s Navigator I gave some history about the struggle for the right to vote,
particularly for African Americans. Women were left out in the dark too, but when the
women’s suffrage movement was launched, black women were excluded from that effort,
too.

Now we have a different problem. Efforts continue to make voting more difficult for blacks
and other minority groups through the use of Voter I.D. laws, closing polls and shortening
early voting periods. However, the main roadblock looks us in the mirror each morning. Too
many voters fail to use the right that people died and gave their lives for.

On May 24 there will be two elections. One is a Partisan Primary Election. Partisan races are
those for state constitutional offices such as sheriff and tax commissioner, both offices have
contested races in Macon-Bibb County. There will also be nonpartisan municipal elections.
In Macon-Bibb County, those offices include the nine seats on the Macon-Bibb County
Commission and the mayor, the school board and other offices. Three of the nine commission
seats are being contested along with the mayor and three school board seats. One seat
on the Water Authority Board is contested.

The way to keep them straight is easy. The primary elections won’t be really decided in
contested races until November, if, there are candidates in both parties. If there are more
than one candidate for an office and they all belong to the same party, only one will emerge
— either from this primary election or the runoff to follow if necessary, or if there is no
candidate from the other party running — as is the case in the race for Bibb County Sheriff
and Tax Commissioner — the primary winner is the victor.

For the nonpartisan races, there is no November. This election is it, unless there is a July
26 runoff. But there is an interesting twist in Bibb County that impacts the sheriff and tax
commissioner races.

If Republican voters cast a ballot in the Republican Primary, all the nonpartisan races will be
on their ballots, however, sheriff and tax commissioner will not be because they are running
as Democrats and will only be on the Democratic Party Primary ballot. There is no
Republican challenger.

Some have cried foul. However, this is the way it has always been. The only thing that has
changed is the number of offices that are now nonpartisan. Under the old city/county system
before consolidation, all offices in Bibb County were partisan, now they are not. Certainly
some voters will complain on Election Day, but after they have cast their ballots, it will be too
late.

In Houston County, two nonpartisan school board seats will be decided and four candidates
are seeking to fill George Nunn’s Superior Court’s judgeship. District 5 on the Houston
County Commission has two contestants but of differing parties and they will meet in
November.

Aside from the municipal elections, every state legislator is up for re-election. On the federal
side, so is every member of the House of Representatives. The Republican representative
for the Eighth Congressional District has a primary opponent, while the Democratic
Representative from The Second Congressional District does not. And one of the state’s two
U.S. Senate seats is up for grabs and the present office holder, Sen. Johnny Isakson has
primary opposition.

There is simply no excuse for not voting.