The idea of religious liberty—where did it start—where does it end? 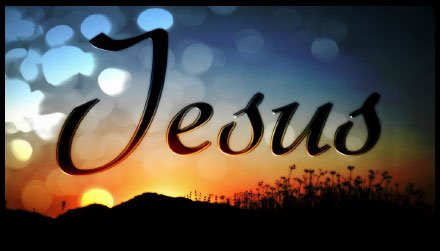 02 Jul The idea of religious liberty—where did it start—where does it end?

“Congress shall make no law respecting an establishment of religion, or prohibiting the free exercise thereof; or abridging the freedom of speech, or of the press; or the right of the people peaceably to assemble, and to petition the Government for a redress of grievances.” — First Amendment, U.S. Constitution

In America, we take for granted the right to worship as we wish, but that right had its beginnings as far back as the 1500s — and it didn’t take hold in this new land, but in England where the Church of England was the only state-sanctioned church. Those who bucked the national church were called “Separatists” and two of the early leaders of this movement, John Greenwood and Henry Barrowe were executed for sedition 1593. Many Separatists fled to the Netherlands to avoid persecution.

But the Netherlands weren’t a solution, either. Church membership dwindled. The young were leaving for greener pastures; some went back to England. The elders had decisions to make. They decided to try the New World. We would come to know them as Pilgrims.

On September 6, 1620, the Mayflower sailed with 120 people onboard. They were at sea for 65 days. On November 11 or 12, they anchored in Cape Cod. That could have been seen as a blessing, but they were supposed to land in Virginia several hundred miles to the South. They wouldn’t step foot on land at what is now the town of Plymouth for more than a month.

This band of religious adventurers major contribution to our religious liberty today — 396 years later — is the document each man had to sign before going ashore, the “Mayflower Compact.” It was the precursor to our form of government. Later in 1788, our Constitution was ratified.

Though founded on the principle of religious liberty entombed in the First Amendment to the U.S. Constitution, there have been several events in our history to circumvent that protection.

From the Salem Witch Trials in 1892 to the persecution of Jews and Catholics in the 20th century to the backlash against Muslims today. While America is more tolerant, it also has a soft under belly of ignorance and racism when it comes to people who look or worship differently.

Sikhs, who can be identified by the turbans they wear are often confused with Muslims. There have been several cases of their temples being attacked. After the Iranian hostages were taken, Sikhs were mistaken for Iranians and attacked. After the Oklahoma City bombing, Sikhs were attacked, though the terrorist was a white American. After 9/11 a Sikh gas station owner was killed because the killer thought he was a Muslim.

Not much different from the Civil Rights era when terrorists attacked worshippers in churches all across the South. The Ku Klux Klan made their statements by burning black churches. And they claimed to be Christian.

Religious liberty is something to guard and to hold, but there are fewer people with a firm grip. In America today, according to researchers Kirk Hadaway and Penny Marler, only 20.4 percent of the U.S. population attend church each weekend.

What does that say about America? In every nation, Jesus’ name is being declared, many times at great risk to those spreading His gospel of peace, love and everlasting life. We have the liberty to practice our religion here freely, but how many of us take it for granted and truly appreciate that liberty?