The Gospel of Jesus Christ a.k.a. “Good News” 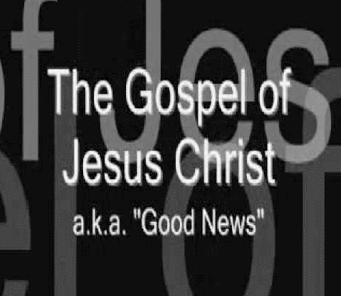 Jesus said to her, “I am the resurrection and the life. The one who believes in Me, even if he dies, will live.” John 11:25

Martha, like many people today, did not understand that the Teacher – as she called Him – was revealing the mystery of the gospel and using her real life sit-uation to do so.

The Teacher used the death of Lazarus to answer this for us. The revelation He revealed is “this is not how the story ends.”

Jesus turned Mary and Martha’s sorrow to joy by raising Lazarus from the dead. But what about the millions of others with similar experiences?

Early on that first day of the week after His crucifixion, the women came to the place where Jesus had been buried and found the stone rolled away and an empty tomb. While they were perplexed about this, suddenly two men stood by them in dazzling clothes. So the women were terrified and bowed down to the ground. “Why are you looking for the living among the dead? asked the men. He is not here, but He has been resurrected! Remember how He spoke to you when He was still in Galilee, saying, ‘The Son of Man must be betrayed into the hands of sinful men, be crucified, and rise on the third day?’” (Luke 24:4-7)

On that third day over two thousand years ago, Christ completed the mission His Father had given Him – the redemption of mankind. Mankind’s worst enemy – death, was defeated. The Apostle Paul puts it this way, “O death, where is thy sting? O grave, where is thy victory?” (I Corinthians 15:55) Peter calls it a “lively hope,” blessed be the God and Father of our Lord Jesus Christ, which according to His abundant mercy hath begotten us again unto a lively hope by the resurrection of Jesus Christ from the dead.” (I Peter 1:3) To me and countless other believers, His resurrection means this is not how the story ends. His resurrection means we who are believers will see our loved ones again – if they “believed in Him.”