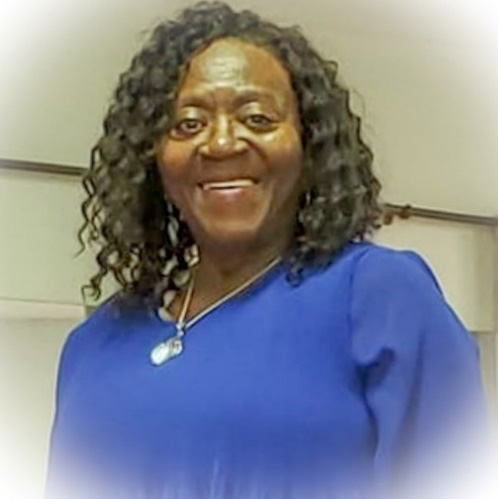 She was married to the late Sidney M. Harris on December 24, 1959. Their children are Erica Harris-Mendez, Marshall Mendez, Dr. Stanley Harris, and Craig Harris (deceased). Grandchildren: Shanna, Tatum, Kameicy, Kimberly, and Kendra. She has 9 great-grandchildren.

Her hobbies and /Interests are reading, sewing, traveling, collecting antiques, baking, and cooking.

Her Career: She started her career in health care in 1968 as a Ward Clerk (Unit Secretary) at Putnam General Hospital. In 1971 graduated as LPN from Baldwin Vocational School of Practical Nursing, Milledgeville, Georgia. Sister Lula then enrolled at Georgia College (now Georgia College and State University) graduating in 1974 with her Associate Degree in Nursing and then became licensed as an RN. She was in the second graduating class. Received the Outstanding Departmental Major Award in Nursing. Worked at Baldwin County Hospital in 1973-1976 full time and continued there part-time in Emergency Nursing, until the early ’90s.

How her career molded her as a person: My career allowed me to travel to many states and network with many nurses across the United States, and nurses in other countries. I have served people from various walks of life. I never looked down on anyone except to lift them. I have had the opportunity to interview incoming doctors for various practices. I thank God for guiding me into the nursing profession and presenting me with unexpected favors for my work. I’m ever so grateful for the opportunity.

Most important lesson learned in life:
I would be nothing had it not been for the Lord on my side. Live each day as if it were the last.

What is your message to generations XYZ:
Always seek wisdom from your elders. Take the Lord with you everywhere you go. Never say, “I can’t” especially if you haven’t tried. Develop good work habits and ethics.

Favorite Scripture: “I can do all things through Christ which strengthens me.” Philippians 4:13.

Note of Thanks:
Greetings Pastor Toland Morgan and FBBC Family Members. I would like to take this opportunity to extend a heartfelt thanks to each of you for acts of kindness during the loss of my son, Minister Craig A. Harris. Your phone calls, cards, spiritual gifts, your time, your presence, and your love were greatly needed and appreciated. May God continue to bless each of you daily, richly, and abundantly all the days of your lives.