The Senior Saint for Fellowship Bible Baptist Church for the Month of January 2021 is Deacon Andrewy Cromartie. 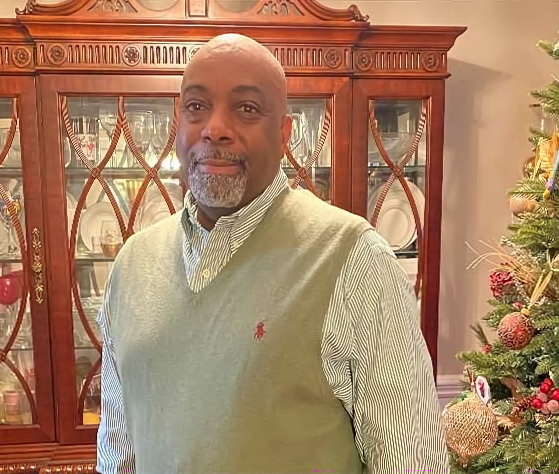 Deacon Andrewy Cromartie was born on September 6th 1966 in Elizabethtown, North Carolina. A small town in the southeastern part of the state located between Fayetteville and Wilmington North Carolina. He stated that he has been married for 33 wonderful years to his wife, Cynthia P. Cromartie. After meeting and becoming good friends in high school, they decided to go on a date at the request a very dear friend of both (Debra). He is not sure what Debra saw that they missed, but it set the stage for an incredible journey. God blessed their union with two amazing children, Jamar and Chantea, and they are enjoying five wonderful grandchildren.

Deacon Andrewy’s hobbies / interests? He enjoys watching more than participating in sports these days, due to injuries over the years (it is his story & he is sticking with it). Andrewy also enjoys traveling, reading, catching a good movie and spending time with family and friends.

Tell us briefly about your career including activities at Fellowship. In October 2005, I retired from the Marine Corps after 20 years of service with America’s premier 911 force. My Marine Corps career began in 1985, on the “yellow footprints” in Parris Island, SC. After several great years, that chapter was closed in 2005 at MCLB Albany, GA. Later in that year, I began a second career with the Defense Logistics Agency (DLA), initially in Albany before accepting a position at Robins, AFB. In February 2000, my family joined FBBC after being asked to visit by Deacon Roy Thomie. Cynthia and the Children joined ministries early, and I joined the Transportation Ministry, parked cars, Security Ministry, Men Ministry, a Christian Enrichment (CE) Facilitator and selected to be a Deacon.

What are the most important lessons you have learned in life? A few life lessons: Life is not always fair; one must learn to deal with the cards that have been dealt (whatever skills you lack, improve them). Success becomes more common with preparation for the situation. Focus on what you can control, give the rest to God. Family will always have your back (if ethical &lawful). If they lied and persecuted Jesus, why would you ever think you were different.

How would you like to be remembered? It is not a subject that I have thought about much, but for those that might pause a moment, I would like to be remembered as a God-fearing man that loved his family and friends alike. A man of integrity, fair and empathetic to others needs, willing to give his last to assist whenever possible.