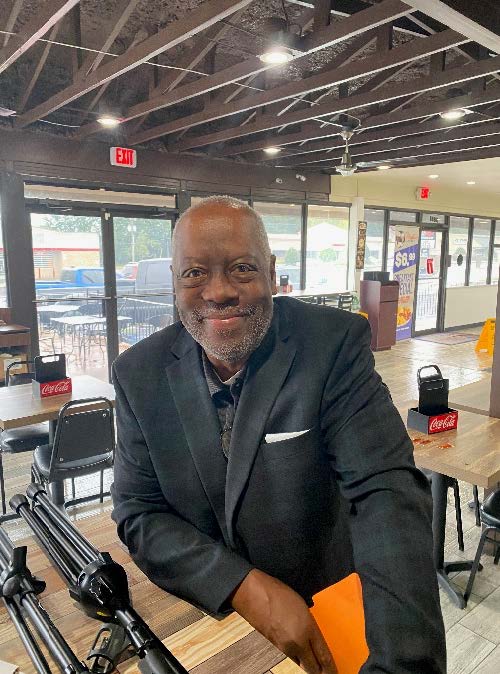 By the time you read this I will have orbited the sun 70 times. I was born Oct. 20, 1951, in Tucson, Ariz. Though born in Tucson, I’ve only spent a few days in the city. My mother Irma, and father Richard, moved to Los Angeles, Calif., before I was a year old. I lived in many parts of Los Angeles, from Compton to Watts to Slauson to Huntington Park. I attended five different elementary schools and one three times and two junior high schools before we moved to Stockton, Calif., where I entered the eighth grade. I did manage to attend a single high school, Thomas Alva Edison, where I graduated in 1969. I attended the University of the Pacific where I majored in Communication Arts. I was a college radio announcer, better known as a DJ, and I wrote for the university’s newspaper, The Pacifican. Little did I expect that I’d earn my keep in the media for most of my adult life.

I married my wife Pamela in 1995 and we just celebrated our anniversary. We have two children, Paul and Anthony. Shortly after we married we began looking for a church home, and that was more difficult than I could have imagined. I worked in radio in Macon and later became the Opinion Page Editor for The Macon Telegraph. I was on the morning news show “Mix in the Morning” with Kenny B and Liz Fabian — broadcast on WMAC-AM, Fox and ABC-TV. Every church we visited I would get called out from the pulpit, “There’s Bro. Richardson,” the preachers would say. When I worship, I worship. I didn’t need or want a shout out. That didn’t happen with Pastor Willie Reid, and we found our church home.

I have been involved in several ministries since joining Fellowship. I am a part of the Evangelism Ministry, serve on the Finance Committee and the Media Ministry. I also served on the Pulpit Committee that searched for Pastor Tolan Morgan after the passing of Pastor Reid. Fellowship has so many committed members that I look up to and are inspired by. One of my favorite brothers is David Reid. He and I used to play celebrity basketball games to help fund programs at Central High School. I am always impressed how the men of Fellowship show up and show out. They inspire me to be a better Christian, husband father, grandfather — and now — great grandfather.
My advice to younger generations is to remain committed to our Lord and savior. Never pass an opportunity to learn more about him and his purpose for your life. Always remember, there are two levels of what you should expect from yourself in everything you do:

Stay humble, no matter your level of success in your chosen career, and remember Proverbs 11:2 “When pride comes, then comes disgrace, but with humility comes wisdom.”