Rocking at The Ship: The Fellowship Bible Baptist Church Musicians 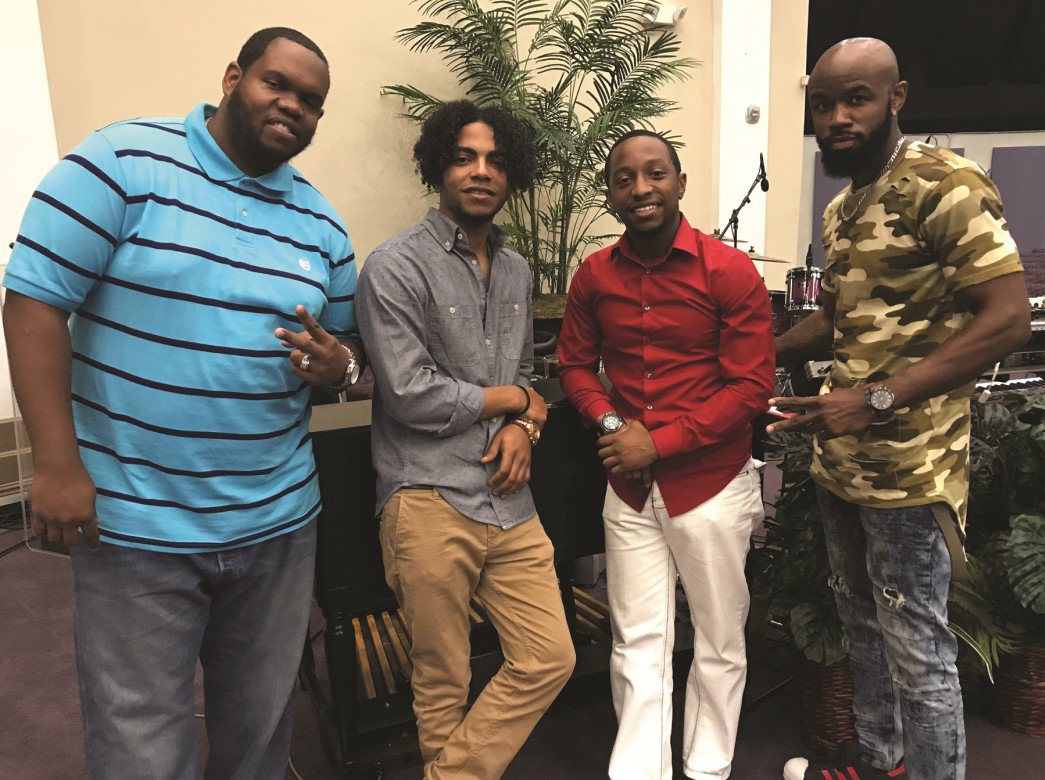 Music, at least at Fellowship Bible Baptist Church, is an intregal part of the worship service and the congregation is blessed to have four very talented musicians as the backbone of the Music Ministry. While the musicians are just one aspect of the Music Ministry that includes the various choirs that illicit emotion and welcome the Holy Spirit into the sanctuary, this month we’re going to focus on the musicians.

While the musicians rehearse with the various choirs, much of the music could fall into the catergory of “improvisation.” They never really know when the spirit will get high; it could be ushered in by a prayer, the choir, a soloist or by Pastor Tolan Morgan. They have to play on their feet, even when they are sitting down, and pull from their musical repertoire whatever is appropriate. Pastor Morgan might start singing an old hymn or he might lay down a beat from the latest hit on the gospel music charts. The musicians have to seamlessly flow without missing a beat. And Pastor Morgan, an accomplished musician himself, knows what he likes. It’s time FBBC members got to know the musicians.

Alan S. “Duke” Robinson II, is the leader of the band. He’s a multifac-eted musician who started out on drums, but plays organ and keyboards and is working on picking up the bass guitar. Duke comes from a very musical family. His mother sings and his father plays piano and organ. He has deep gospel roots, both parents are pastors. His favorite artist is John P. Kee.

Derrius “Spudd” Duncan, is another multi-talented musician who can, aside from his normal position on organ or keyboards, also plays the drums. There is a pattern here. Spudd, comes from a family of musicians and his father was his musical inspiration. His favorite artists are, Jacob Collier and Take 6.

Michael “Mike ” Hunter Jr., is the band’s drummer and he says he can play around on the keyboard. Music, he says, is in his veins and it was placed there by his late father, Pastor Michael Hunter Sr. He calls his father his “greatest inspiration” in a family where 80 percent either played an instrument or could sing.

Mike also credits his big cousin, the late Paul Williams Jr., and Tony Crawford aka “Chill,” who has been his mentor since he was 11 years old. His favorite artist? Too many to mention.

Angel Ocasio Jr., is the band’s guitarists, but there are few instruments he cannot play. He’s done stints on the six-string electronic bass and keyboards. He credits his uncle for mentoring him in music and his favorite artist is the one he calls the “Master Artist,” the “Creator of Music.”