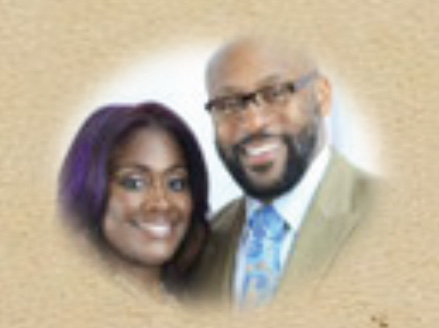 Grace and peace to you in the Name of our Lord and Savior Jesus Christ! It’s in Him that we live, move, and have our being. I pray you are experiencing the joy of being both His creation and His child.

In ancient Roman religion and Greek mythology, they recognized a mythical god named Janus. Janus was the god of beginnings and transitions. He represented the facilitation of gates, doorways, passages, and endings. Janus presided over the beginning and ending of conflicts. Janus was depicted as a god with two faces on one head; and these two faces looked in the opposite direction of each other. Their direction indicated that one face looked backward as the other face looked forward. It is conventionally thought that Janus is the root from where we get the word January, the name for the first month of the year. Now we are not polytheistic; we do not consent to the belief in many gods. So for us, the history of this mythical Janus only serves to shed some historical and cultural light on the terminology and application for the month of January. It is the ideal time to look back and reflect on God’s work and Providence in our lives in 2016. However, it is also a time to look ahead and set a course for 2017 that leads to an expected end. It’s a time to commence some things; but it’s also a time to conclude some things.

My prayer for you in 2017 encompasses the following:

I pray that as God is beginning some things, you’ll walk in His strength to end some things. As you press towards the mark, you should also forget those things which are behind. Make a conscious choice to end those things (within your control) that distract and deter you from God’s plan for your life.

I pray that 2017 will be a year for ‘next level preparation’. You may be carrying within you a gift, ability, calling, vocation, or aspiration that you believe will catapult your life forward. If that’s you, you need not worry about how God will manifest that which is within you. Focus however on pushing yourself intently to a greater level of preparation that is comparagle to your level of expectation. If you do things the same way, you’ll get the same results. However, if you prepare on another level, you’ll produce different results.

I pray that 2017 will be a year for ‘increased discipleship’. Make this a year that you will make a personal commitment to God to magnify your walk with Him through a greater commitment to Christian service, bible study, ministry participation, personal witness, and stewardship. We often want more out of God without giving Him more of us. Commit to give God more of you in 2017.

I celebrate God’s provision over your life and family during 2016, but I’m also excited about God’s will being manifested in your lives in 2017. With all that’s going on in the world today, what a refreshing word it is to know that your life is in God’s control; and it will flourish and be sustained by His authority! May the Lord do exceeding abundantly above all that we can ask or think in 2017; as we raise our commitment to Him both individually and corporately as the Fellowship Bible Baptist Church family! On behalf of Laneen, Rico, TJ, HB and myself; Happy New Year from my family to yours!!!