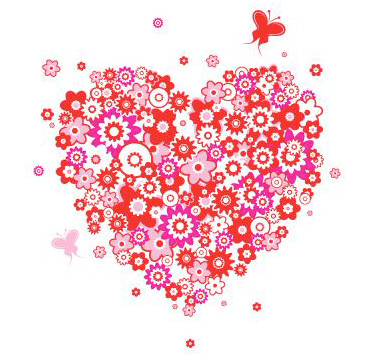 Prior to The Fall in the Garden of Eden, the companion God gave Adam to walk by his side was called “woman.” The man said, “This is now bone of my bones and flesh of my flesh; she shall be called ‘woman’ for she was taken out of man.” Gen 2:23 NIV

After The Fall, Moses narrates the decree God set in place for the man, woman, and serpent. To the woman he said, “I will make your pains in childbearing very severe; with painful labor you will give birth to children. Your desire will be for your husband, and he will rule over you.” Gen 3:16 NIV

Then something significant happened after God’s judgement was announced. Adam gave his wife a personal name. Adam named his wife Eve, because she would become the mother of all the living. Gen 3:20 NIV

The name Eve means “Living one” or “Life-giver” in Hebrew.

“Adam and Eve accepted their judgment from God and did not rebel against it. We see this in Adam naming Eve the
mother of all living, a personal name that defines her destiny (Gen 3:20). He believed life would continue in spite
of God’s curse. This was an act of faith and an expression of hope. He believed God’s promise that she would bear
children (Gen 3:16). His wife’s first name “woman” (Gen 2:23) looked back on her origin, whereas her second name
“Eve” anticipated her destiny.” Dr. Thomas L. Constable, Dr. Constable’s Expository (Bible Study) Notes.

I believe God was establishing peace and balance within this “brand new world” Adam and Eve were about to
embark into. A new world that would begin in the home. And I also believe God designated the “mother of all living”
to be that peace and balance. Eve would become the vessel for God’s future creations.

Adam made love to his wife Eve, and she became pregnant and gave birth to Cain. She said, “With the help of the Lord I have brought forth a man.” Gen 4:1 NIV

Adam’s wife and companion became God’s creative partner – the life giver. She is the mother of all living while still being the Woman God gave Adam – bone of his bones, flesh of his flesh. What an awesome role Eve has been cast in.
And out of all of God’s creations, she is still the only one suitable for Adam – man. The LORD God said, “It is not good for the man to be alone. I will make a helper suitable for him.” Gen 2:18, NIV

Eve does not deny her origin – Adams only suitable helper – nor does she escape her destiny as the giver of life. The dual role of the mother of all living, the life giver and Adam’s suitable helper, is also the destiny of Eve’s
daughters.

The daughters of Eve have embraced their destiny with such passion the world takes note. Each year, on the
second Sunday in May, most of the world pauses to celebrate Eve’s daughters – our Mothers. In the United States, it is estimated that approximately 122 million phone calls are made and approximately $14 million are
spent on Mother’s Day.

This month we also celebrate all the mothers on board The Ship as well as the mothers around the world. You are truly, The Life Giver.