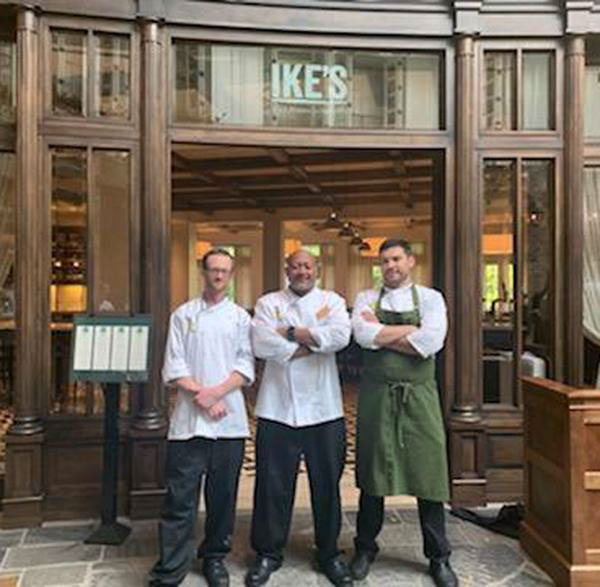 The most prestigious golf tournament in the world occurs each April at the Augusta National Golf Club in Augusta, Georgia: The Masters, and this year marked the 83rd edition of the storied tournament that dates back to 1934. Tiger Woods returned to peak performance and donned his fifth Green Jacket — the sign of a Masters champion.

But there was another jacket on the line — a jacket equally earned with hard work, perseverance and skill: The White Chef’s Coat, the symbol of a top chef at Augusta National — and one of those coats — there were only five this year — went to Craig Whitehead, (“Chef
C”) a culinary student at Helms College in Macon.

The Augusta National Country Club master chefs invite student chefs from several culinary schools for extensive interviews before issuing an invitation to come work for 10 days before
and during the tournament. It’s grueling 12 to 14 hour days, and rarely do any of the prospective student chefs make it on the first attempt, but as Whitehead told WGXA News, “(Helms College) actually prepared me for it. “From food safety and sanitation to cooking methods and fabrications to front of house, back of house, knife skills and identifications.” At
Augusta, “It has to be perfect,” explained Whitehead.

Whitehead was invited to cook the first time out, but his path to Augusta National was an unlikely one. “I never wanted to be a chef,” Whitehead said. Due to a divorce, he became a single father after 17 years of marriage and he had mouths to feed. While he could cook some of the basics he was far from being an experienced chef and fast food could only take them so far. 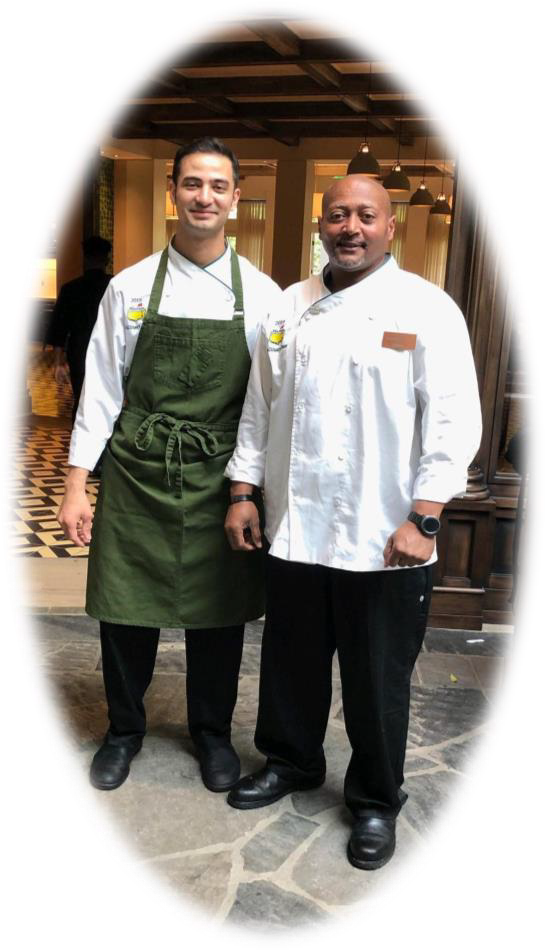 Whitehead, who is originally from Louisiana, is a 20 year Army veteran, who works at Robins Air Force Base, and after getting a notice that he might lose some of his veterans educational benefits if he didn’t use them, he investigated culinary school at Helms. “I fell in love with it,” Whitehead said. Though the divorce was devastating, God started working on Whitehead when he began visiting Fellowship in fall 2016 and joined the week before Christmas 2018. He joined the FBBC Culinary Team the same day.

What’s his specialty? At Ike’s he was responsible for breakfast, lunch and snacks, but he became known for his grits. “I took a chance,” Whitehead said, “and tweaked the recipe. I knew I was on to something when the head chef said to me, ‘whatever you’re doing to those grits, keep doing it.’”

The Saturday before the last day of the tournament, five chefs were brought into a room at Augusta National. They were told that it takes three to five years to earn a Chef’s Coat. “I was sitting there wondering why was I there, this was only my first year,” Whitehead said. Then the master chef called his name and said “You’re not the first chef to earn the Chef’s Coat in the first year, but there have been very few. You ran circles around people in the kitchen. No matter what I told you to do you always answered ‘yes chef.’” Whitehead said he had tears running down his cheeks and he gives all honor to God. “I always remember what Pastor Morgan preaches that God will fill your cup to overflowing if you stay faithful.”

Whitehead will finish at Helms in December and graduate in January 2020, where he’s made the Dean’s List and the President’s List, then he says, “I’ll have more time to share my talents.