Pastor Tolan Morgan set out a challenge for FBBC members — a challenge every adult mem-ber, 18 years of age or older, should find it necessary to follow, not just because pastor said so, but because men and women have laid their lives on the line — and lost them — so that we would be able to exercise our right to vote.

It is neither overly dramatic nor too simplistic to say that people of color have seen shot, bombed, lynched, threatened and tortured, for trying to do something that is the right of every American. And the forces that want to take that right away are no less determined today than they were in the 1950s and ‘60s. Now, instead of lynch mobs, they use mobs of lawyers to craft voter ID laws and other barriers to the ballot box.

Make no mistake about it, when a state such as North Carolina states they need to consolidate precincts to save money, why were most of the precincts closed in communi-ties of color? When Texas gerry-manders congressional district lines to disenfranchise Latinos, it was no accident, but a plan.

President Donald Trump’s Presi-dential Advisory Commission on Election Integrity is nothing but an embarrassing sham that is trying to find a legal way to prevent undesirables from voting. The undesirables are people of color. If you would like to see one, look in a mirror.

Such a commission is hardly necessary in the International City of Warner Robins. People of color do a fairly good job of not showing up at the polls without legal impediments the commission is attempting to devise.
A few statistics: 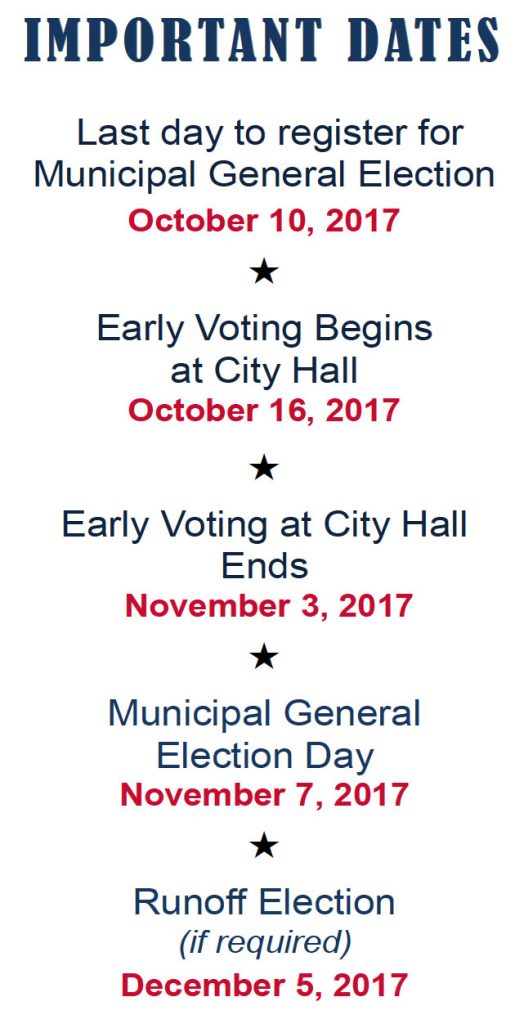 Warner Robins has voting apathy problems that go beyond the black community, but that apathy has infected the black community at a time when it can least afford it. In the last 2013 mayoral election, only 20 percent of the registered voters, 6,600, cast a ballot in November. The Dec. 3 runoff between Randy Toms and Joe Musselwhite was more dismal. The turnout was 14.5 percent, only 4,700 voters bothered to show up.

When voters don’t show up and show out, elected leaders can do what they want without fear of repercussions. If you’ve wondered why Warner Robins doesn’t have a international flair in its hiring and promotion practices, look to the electorate. The leaders don’t have to respond to the community because the community doesn’t vote.

This time around in Warner Robins there are three candidates who want to be mayor: Randy Toms is the incumbent; Joe Musselwhite, retired city Public Works director, is running again and Councilman and former mayor, Chuck Shaheen, round out the field. Each one will have to come and ask for the FBBC vote. But this time they may find the atmosphere quite different. They won’t be able to show up at one church service, say a few nice words and take their seats.

Pastors at Warner Robins African-American churches have joined together in a spirit of fellowship and unity and asked a very simple question: “What have you done for us lately?” The “us” in the question is the black community, and the question is multifaceted. For example: The mayor has a lot of discretion in who is hired and promoted in city departments. All three candidates have a record they will have to defend. Toms and Shaheen have served as mayor and Musselwhite as director of Public Works. How have they treated the Warner Robins African-American community?

And, how will they treat community if they’re elected mayor? It has been said that the black community can’t elect anyone on its own, but can certainly decide who is elected in a three-person race. I beg to differ. You’ve looked at the stats. There were six candidates in the field during the last mayoral election and only 6,600 voters were excited enough to vote. If black folk would get out of their recliners, register and vote, the dynamics would change in Warner Robins overnight.
There is a reason there are forces that continue to try to keep the black community away from the ballot — because that’s where real power lies. That’s where real change occurs. There is a reason President Trump’s raison d’être is to undo every initiative President Obama implemented. 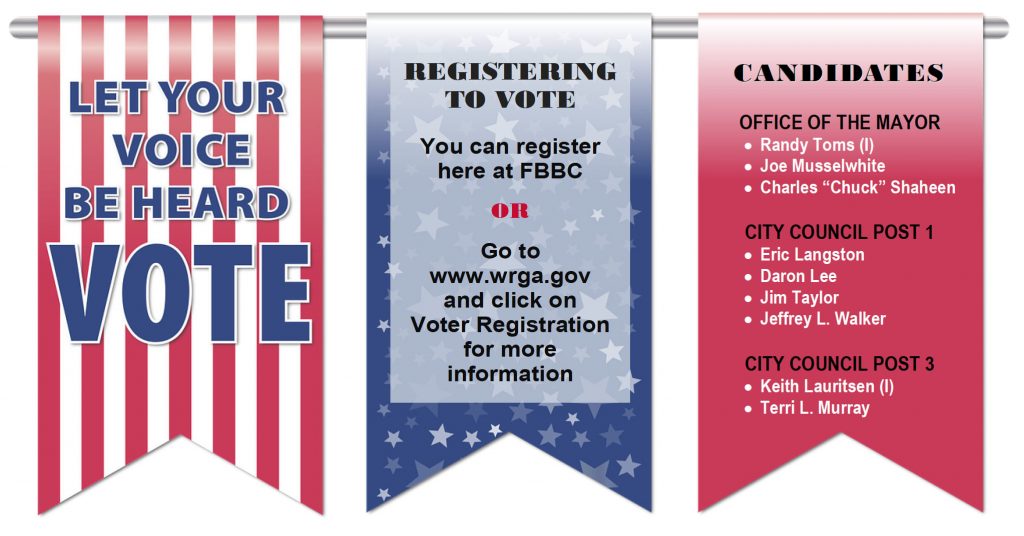 We don’t have to face the fire hoses and dogs now, but there are those alive amongst us who remember those days. There are no literacy tests to take that even the white person on the other side of the counter giving the test couldn’t pass, but there are a few who can remember those horrible days. They don’t intimi-date us with the threat of taking our livelihoods away if we even considered walking into a voting booth any-more, but we were trained well. Now all it takes is a warm day or a rain shower to keep us away from the voting booth. We’re akin to the Israelites who, just after crossing on the dry sea bed with Pharaoh’s army in pursuit, we decide to fashion a golden idol. It cost the Israelites then and it costs us now. Lets stop walking aimlessly in the wilderness and head to our promised land.