28 Mar It Is Finished

When Jesus therefore had received the vinegar, he said, It is finished: and he bowed his head, and gave up the ghost. John 19:30 KJV

“It is finished.” And with those words, Jesus signaled the success and culmination of His earthly ministry. He had dedicated the entire thirty-three years of His life to fulfilling the will of the Father – reconciling man to God. Although His ministry was successful, He endure rejection, death threats and avoided violence. He was embraced by some and misunderstood by others. Jesus, born of a virgin, called a teacher, a prophet and the Son of God. But on this day, as His lifeless body hung between two thieves on a Roman cross, He fulfilled the words of John the Baptist. The next day John saw Jesus coming toward him, and said, “Behold! The Lamb of God who takes away the sin of the world! John 1:29 NKJV. 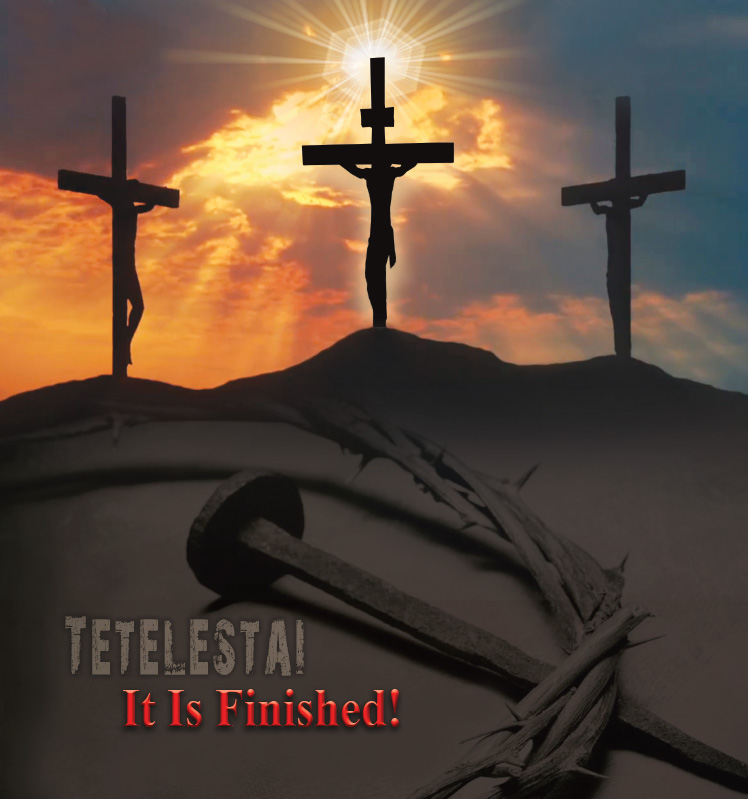 In order to grasp the importance of what Jesus did and why we celebrate Easter, I’d like you to think about the event that has captured the world’s attention over the last few months.

Near the end of last year – 2019, the Centers for Disease Control (CDC), began responding to an outbreak of respiratory disease caused by a novel (new) coronavirus that was first detected in China and which has now been detected in more than 100 locations internationally, including the United States. The virus has been named “SARS-Cov-2” and the disease it causes has been named “coronavirus disease 2019” (abbreviated “COVID-19”). (cdc.gov) A few months into this year and as a result of the spread of the virus, the Dow Jones Industrial Average fell almost 3000 points, the largest one day drop ever. In order to minimize the potential of spreading the virus, major sporting events, concerts, and festivals have been either canceled or postponed. Many businesses have temporarily closed their doors while those with the capability have directed employees to work from home. Practically every aspect of life as we know it today has been impacted by the coronavirus. Some US cities have asked residents to stay home – shelter in place – and only venture outside for the essential – groceries and medical attention. Since this virus has been classified a pandemic, the impact is felt around the world. Nations have closed their borders to travel into and out of the country. Another significant point is since this is a novel (new) virus, our immune system does not know how to fight it. In addition, our medical professionals and scientists have not developed a vaccine to fight it. 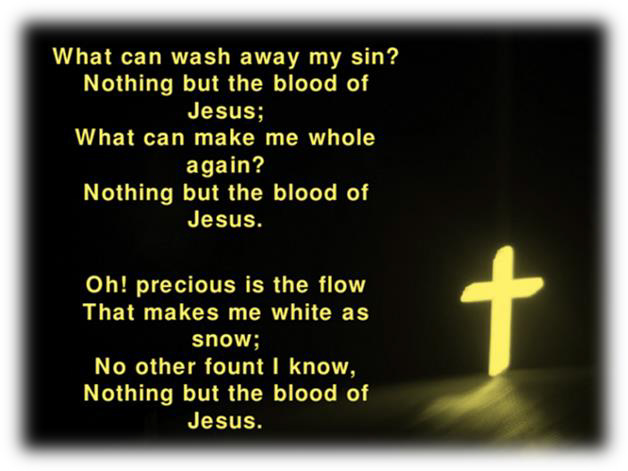 John’s statement acknowledges that the entire world was living with a different kind of virus. One more deadly than the coronavirus. It’s name – sin. The sin that John the Baptist spoke of had the power to separate man from God – the created from the Creator. We celebrate Easter because God’s vaccine for sin – the blood of Jesus – finally reached mankind.
Unlike the coronavirus, which will not infect everyone, sin has already infected all of mankind. For all have sinned and come short of the glory of God; Rom 3:23 NKJV. Neither closing our borders, working from home, nor sheltering in place can protect us from sin. Behold, I was brought forth in iniquity, and in sin my mother conceived me. Psalm 51:5 NJKV. Our only hope is the Lamb of God. The hymn writer Robert Lowry put it this way:

The sin that began in the Garden of Eden and that has run rampant in every human being since, is defeated. Although we are still carriers of the virus, we have been delivered from its grasp. For sin shall not have dominion over you, for you are not under law but under grace. Romans 6:14 NKJV.