Is July 4th Independence Day, or not? 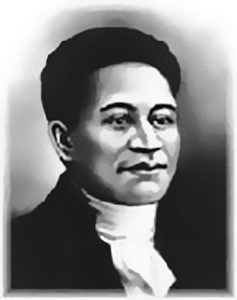 As a nation, we have been celebrating our independence from the British Empire on July 4, for forever, but depending how you look at it, that date could be in question. The Continental Congress actually voted to declare independence on July 2, 1776, so how did July 4 come to be the day for the parades, ceremonies and fireworks?

July 4, regardless of whether it is the actual date of the signing of the Declaration of Independence or the day of the actual resolution of independence is now ingrained in the American psyche as Independence Day.

But what was going on in the 13 colonies in 1776 that led to this revolt against Britain, then one of the most powerful nations on the planet?

As with most things, follow the money. Remember the colonists were, for the most part, loyal British citizens. However, that loyalty started to hit their pocketbooks when King George started to tax the colonies to pay for the French and Indian wars. Those were battles were to decide which country would control the Ohio Valley. The French were victors as long as the Indians were allies, but when the tables turned and the Indians flipped to provide support to the British, the French had to flee, but it is also the reason the French supported the colonists during the American Revolution to extract payback on the British.

This fight for freedom from the British had little impact on slaves who had been arriving in the British colonies of North America since 1619. By 1776, slavery was ensconced in the laws of the day. For example, the Slave Codes of various states allowed slave masters to kill slaves with legal immunity. Slaves were considered “real estate.” In Georgia it was illegal for a slave owner to free a slave without permission of the Georgia Legislature. It was illegal in Alabama to teach a slave to read, write or spell. In Delaware, Maryland and North Carolina, slaves couldn’t defend themselves, even when under attack against a white person, nor could they leave plantations without permission. In South Carolina, the law stated that a slave “shall” be whipped for leaving his or her plantation.

So while July 4 might have some significance to some Americans, it did little to progress freedom for African-Americans who weren’t considered citizens in 1776. Even though Crispus Attucks, a 47-year-old black man, was the first martyr of the American Revolution, killed during the Boston Massacre in 1770. Reluctantly, the Patriots finally opened its ranks for blacks to serve due to manpower shortages and approximately 9,000 African American soldiers served in the Continental Army during the American Revolution, many with the promise of freedom after the war, a promise that in some cases was never fulfilled. Some states even barred black veterans from further military service.

Blacks also served the British and helped repel Patriot forces in Savannah, Charleston and Augusta. Lord Dunmore, the royal governor of Virginia, issued a proclamation in 1775: “I do hereby further declare all indented servants, Negroes, or others, free, that are able and willing to bear arms, they joining His Majesty’s Troops.” By December 1775 the British army had 300 slaves wearing a military uniform. Sewn on the breast of the uniform was the inscription “Liberty to Slaves.” These slaves were designated as “Lord Dunmore’s Ethiopian Regiment.” These soldiers generally fought in the South to attract other slaves to fight for the British.