How to get to the new ‘Boys of Summer’ 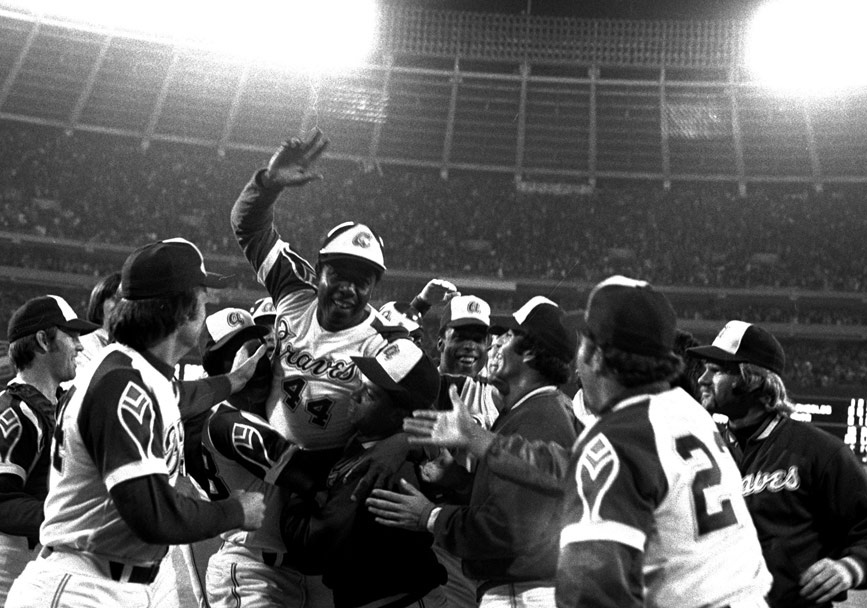 It’s June, and the “Boys of Summer” have been throwing baseballs around the diamond since the end of March.

Memories come to mind — Willie “The Say Hey Kid’” Mays’ over the left shoulder catch in the 1954 World Series — not as a Los Angeles Dodger, but Brooklyn Dodger.

Willie “Pops” Stargell leading his “We Are Family” Pittsburgh Pirates to two World Series titles in 1972 and 1979. And who could forget the night of April 8, 1974, when “Hammerin’” Hank Aaron, playing for the Atlanta Braves, would launch Los Angeles Dodger pitcher Al Downing’s fastball over the 385-foot mark for his 715 homerun, breaking Babe Ruth’s record.

But lately, a different sort of boys of summer has been taking the stage. Instead of running bases and practicing the art of the squeeze play, they are running the streets terrorizing everyone they come in contact with. And too many of those interactions have lead to deadly results.

As of this writing, there have been 17 homicides in Bibb County this year. Number 16 and 17, Shondricka Adams and Chad Bilow occurred in the span of two days. Adams had just celebrated her 18th birthday on May 8. She was shot dead on May 9. Bilow’s body was dumped along a Lizella road sometime the next day. He was 21.

While Macon-Bibb County has become the poster child for street violence, the area is by no means the outlier. If anything, Macon-Bibb is the Canary in the coalmine, warning other communities of a growing sickness, particularly in young adults.

Dakota Lamar Whitewas only 17, when he and 18-year-old Brandon Warren killed Samuel Christian Poss in Houston County in late 2016. White pleaded guilty early in May and his accomplice went on trial at the middle of last month and was found guilty. The two, according to testimony, had made a suicide pact, but they wanted to know what it felt like to kill someone before they died and Poss became their victim.

Back in January, an employee at Barberitos, Parker K. Moore, 23 was killed during a robbery and police believe the perpetrator to be Daniel Bruce Franz II, may have also killed Janak Patel in an armed robbery and Vin-cent Junior at an apartment complex on the same day.

Also last month, down in Vienna, 20-year-old Tony Adams Jr., is accused of shooting his 42-year-old mother, Balinda Woodson, to death just days before Mother’s Day. Dodge County had the double homicide of Wendell and Jain Williams. Jamel Ramos, 19, was gunned down during a drive by shooting in Dublin in mid-May.

So what’s going on? Basically children are being raised with no foundation. No sense of God or their history. They aren’t responsible to anyone — their parents, generally there’s only one parent in the picture, if at all; their church, if they attend, or their community. No foundation leaves them drifting in a world controlled only by emotions. They are being trained by the big and large screens they stare at incessantly — constantly racked by media images of what a man of woman is supposed to be and what they are supposed to have — whether or not the hard work to earn those things is there or not.

They don’t understand they are the sons and daughters of kings and queens, those of the earthly variety, but more importantly, of the Most High.

What can we do about it? We could get flustered and throw up our hands and walk away, or we could get busy. No one, no matter how lost is beyond the reach of God’s love. And that’s our job. Show God’s love — to everyone. In John 8:12, Jesus said he was “The light of the world,” and anyone who followed him “shall not walk in darkness, but shall have the light of life.”
We have to continue to share that good news with everyone we meet — from the gang-bangers to the heretics. Jesus will do the rest. No heart is too hard for him to crack wide open.

We do that by being present — as a church, for sure, but also as individual ambassadors for Christ. We do it on Little League, soccer and football fields and basketball courts. We do it by volunteering our time as mentors, test proctors and readers. We do it by modeling what Christian men, women and children should look and act like. God will take care of the rest. Play ball.