God Delivers Justice in HIS Timing 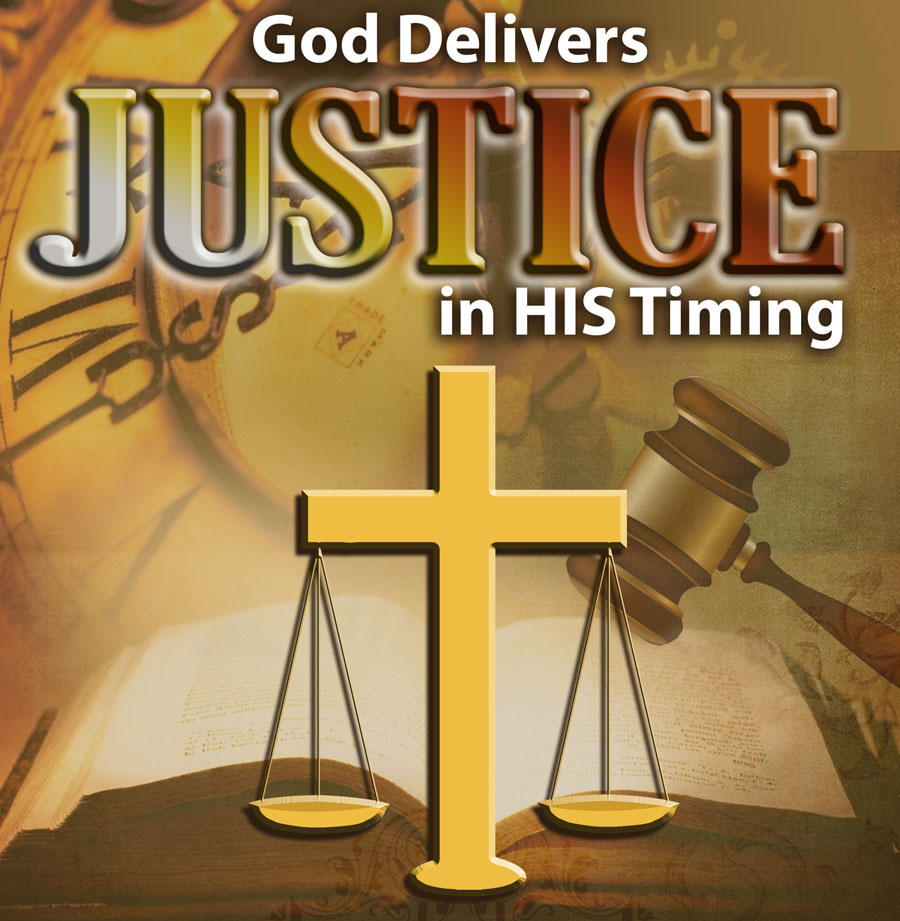 In the 70s and early 80s, one of the hottest comedians on the planet was Richard Pryor. Those of you who remember his earlier routines know that his content was not meant for General Audiences. He had the comedic ability to use real life issues as his material – poverty, racism, injustice, drug abuse, etc. – to make the world laugh and think at the same time. One of his routines included the time he went to court for tax evasion. He said, “I went there looking for justice and that’s just what I found – just us.” His spin on that was, the only people going to court and being judged were – just us.

But what is justice and why do we seek her? Biblical references to the word “justice” mean “to make right.” So in time – His Time – God will “make everything right.”

It seems everyone is seeking justice. From kids on the playground shouting, “that’s not fair,” to you and I petitioning God to intervene on our behalf to “make things right.”

Scripture reveals the cries of many Old Testament figures were just as passionate as our cry is today:

God, put an end to evil; avenging God, show your colors! 2 Judge of the earth, take your stand; throw the book at the arrogant. 3 God, the wicked get away with murder-how long will you let this go on? 4 They brag and boast and crow about their crimes! Psalms 94:1-4 MSG Bible

Psalm 94 begins as a national lament (vv. 1-15) and ends as an individual lament (vv. 16-23). The psalmist calls on God to avenge the righteous whom the wicked oppress unjustly. It manifests faith in the justice of God. The writer besought the Lord as the Judge of the earth to punish the wicked who were boasting and rejoicing because they were getting away with oppressing the righteous. Constable’s Notes, Net Bible.

King David gives us the example of what to do while we wait on God to deliver us and administer HIS justice:

Desperate, I throw myself on you: you are my God! 15 Hour by hour I place my days in your hand, safe from the hands out to get me. 16 Warm me, your servant, with a smile; save me because you love me. Psalms 31:14-16 MSG Bible While David waited for God to deliver him from his enemies and administer justice, he put his complete faith and trust in Him. The God who has the power to deliver justice, also has the power to protect the righteous until things are “made right.”

The Book of Revelation reveals the last seven years of man’s government. The justice that all believers seek will be delivered when Christ returns to setup His Kingdom. The wicked will be sentenced and everything will be “made right.” But the amazing thing is during this time of death and destruction, God still offers salvation.

When he ripped off the fifth seal, I saw the souls of those killed because they had held firm in their witness to the Word of God. They were gathered under the Altar, 10 and cried out in loud prayers, “How long, Strong God, Holy and True? How long before you step in and avenge our murders?” 11 Then each martyr was given a white robe and told to sit back and wait until the full number of martyrs was filled from among their servant companions and friends in the faith. Rev 6:9-11 MSG Bible.

Even at the end of time as we know it, God Delivers Justice in HIS Timing.