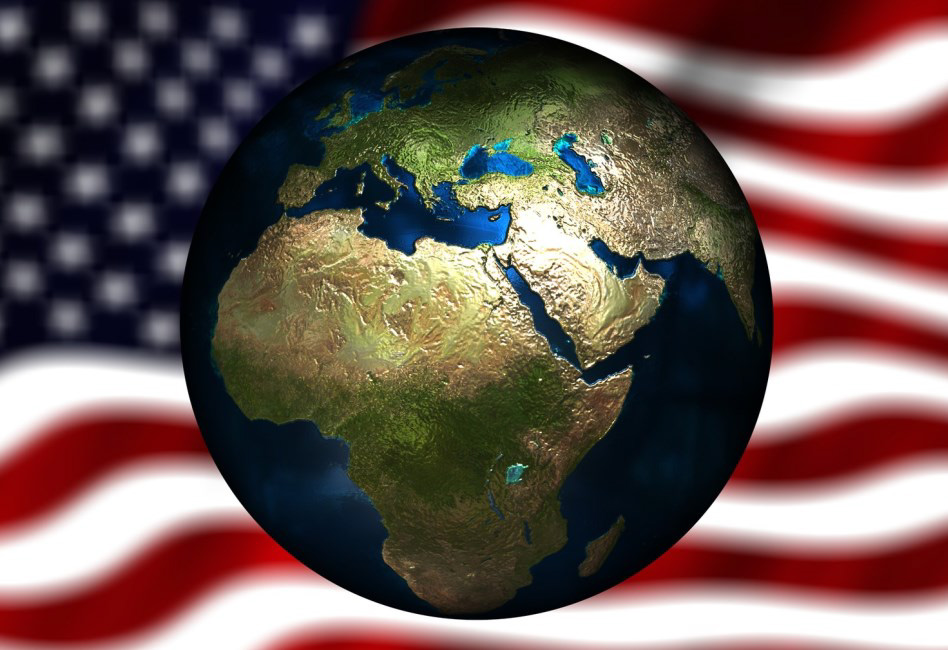 “For though I be free from all men, yet have I made myself servant unto all, that I might gain the more. (I Corinthians 9:19 King James Version)

The Apostle Paul exercised the power of his spiritual freedom to win others to Christ. Realizing the boundaries which once separated Jew and Gentile were demolished with the death and resurrection of Christ, he set out to accomplish his mission of spreading the Gospel with so much zeal and conviction until he “turned the world upside down.”

“And when they found them not, they drew Jason and certain brethren unto the rulers of the city, crying, These that have turned the world upside down are come hither also; (Acts 17:6 King James Version)
Some have said that Christianity would have fallen into the abyss like many world religions had it not been for the missionary effort of Paul. He walked more than 20,000 miles changing the known world by spreading the Gospel of Jesus Christ.

America, like Paul, has gone to great lengths to spread and defend her message of freedom and democracy around the world. Like Paul, America has been criticized and persecuted because she has the courage to stand up for what she believes. Christianity exists today because the early church exercised its freedom to believe and spread the message of the apostles. America stands strong today because her citizens exercise the freedom to believe and defend the message of her founding fathers. “All men are created equal.”

In light of the recent shootings throughout America, I’m compelled more than ever to use my freedom to be proactive in carrying the message of the Gospel forward. The world we live in is becoming more violent by the day. Countless times I’m sure you’ve received a cell phone notification that some senseless, violent act has just occurred somewhere in America or the world. And like me, you immediately begin to pray for the survivors and the families of those who didn’t survive. A noble act on our part, but it does nothing to neither undo the tragedy nor prevent a future one. If only we had a vehicle that would allow us to reach the depraved heart of man before he commits some despicable crime! If only we had a message powerful enough to penetrate the soul of man! “For the word of God is quick, and powerful, and sharper than any two edged sword, piercing even to the dividing asunder of soul and spirit, and of the joints and marrow, and is a discerner of the thoughts and intents of the heart.” (Hebrews 4:12 King James Version)

News flash believers!!! We have the vehicle and the message that can change the world one person at a time. In America, we have the freedom to share the good news of the Gospel. The apostle Paul used his freedom from Jewish tradition to share the Gospel with those without hope and win for Christ those who worshiped idol gods. His message, the Gospel message, “turned the world upside down.” Imagine what our nation and world could be if every believer in America used his or her freedom to share the Gospel with someone without hope. Abraham Lincoln is quoted as saying, “Do I not destroy my enemies when I make them my friends.” There is no difference between Jew and Gentile. The Gospel brings us all back to common ground.

This month as we celebrate America’s independence and bathe in the “Life, Liberty and the pursuit of Happiness” she offers, let us not forget we have been commanded to share the Gospel. “Go ye therefore, and teach all nations, baptizing them in the name of the Father, and of the Son, and of the Holy Ghost: Teaching them to observe all things whatsoever I have commanded you: and, lo, I am with you always, even unto the end of the world. Amen.” (Matthew 28:19-20 King James Version)