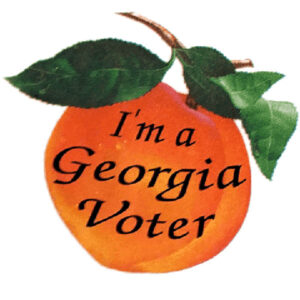 If there was ever any doubt about the veracity of that statement, the present administration is a good example of what can happen if the wrong person is elected to the highest office in the land. It also sifts down to state and local elections, too. And while many voters would maintain that the statement, “elections have consequences,” we would have to ask: If you understand how important voting is — why don’t you vote?

Will my vote count?

For those who believe their votes won’t make a difference, there are several instances where single votes matter. For example: In the 2018 midterm elections, 10 races for the House of Representatives were decided by less than a 1 percent margin, one of those in Georgia in the 7th Congressional District, decided by 0.15 percent. What’s that in real numbers? Ron Woodall beat Carolyn Bourdeaux by 419 votes out of 280,441 votes cast.

Also, in the 2018 midterm elections, 10 races for the House of Representatives were decided by less than a 2 percent margin, one in Georgia for the 6th Congressional District, 1.03 percent. Lucy McBath beat Karen Handel by 3,264 votes out of 317,014 votes cast.

It would seem, particularly for African Americans, that we would treasure the right to vote after so many marched and died in recent memory. African Americans have only been voting, particularly in the South, since the 1965 Voting Rights Act. In a way, Black voters are akin to the Israelites — remember them? Taken into bondage by the Babylonians and the Egyptians, the generations that followed didn’t remember the lessons of their grandfathers and disobeyed God again after a miraculous escape from Egypt, led by Moses, they quickly returned to their heathen ways leading to penalties, not the least of which was wandering in the wilderness for 40 years.
We were led to the voting booth by Dr. Martin Luther King Jr., and he paid the ultimate price — assassinated on April 4, 1968. And yet, too many of us have not learned the lessons of our grandfathers. The 15th Amendment gave black men the rights of citizenship and the vote in 1870, but it didn’t take long to disenfranchise African Americans. Between 1890 and 1910, 10 of the 11 former Confederate states passed new constitutions or amendments instituting poll taxes and literacy tests — and let’s not forget the intimidation by roving white mobs — and now we disenfranchise ourselves.

Voter suppression has been around for a long time and continues almost unabated today. It’s not even subtle. After the Supreme Court struck down part of the Voting Rights Act in 2013, almost 1,000 polling locations where closed — many in the South and in black communities. In Georgia in 2018, 10 counties with large black populations closed polling precincts, they said, to save money. Republicans altered voting districts in North Carolina to exclude Blacks. When the districts were struck down in the 4th Court of Appeals in 2016, the ruling said the law was drafted to “target African-Americans with almost surgical precision.” Did the ruling discourage Republicans? No, they appealed to the Supreme Court and were denied a hearing.

We can’t fall into the apathy trap on November 3. In 2018, Stacey Abrams lost the governor’s race by just 55,000 votes. It was in the black community’s power to elect a governor who looks like them, but the effort failed because we didn’t vote — particularly, Black men. In Macon-Bibb County there are 12,729 more black registered voters than white, yet Cliffard Whitby, candidate for mayor and an African American, lost by. 7,124 votes.

No more excuses. We cannot allow our voices to be quieted. As Pastor Tolan Morgan has said, to go out and protest and not vote is hypocritical. We have witnessed the dire consequences of a failed leader. And if we don’t vote — we are actually voting for this type of government to continue. That’s not only hypocritical, it’s a crying shame.