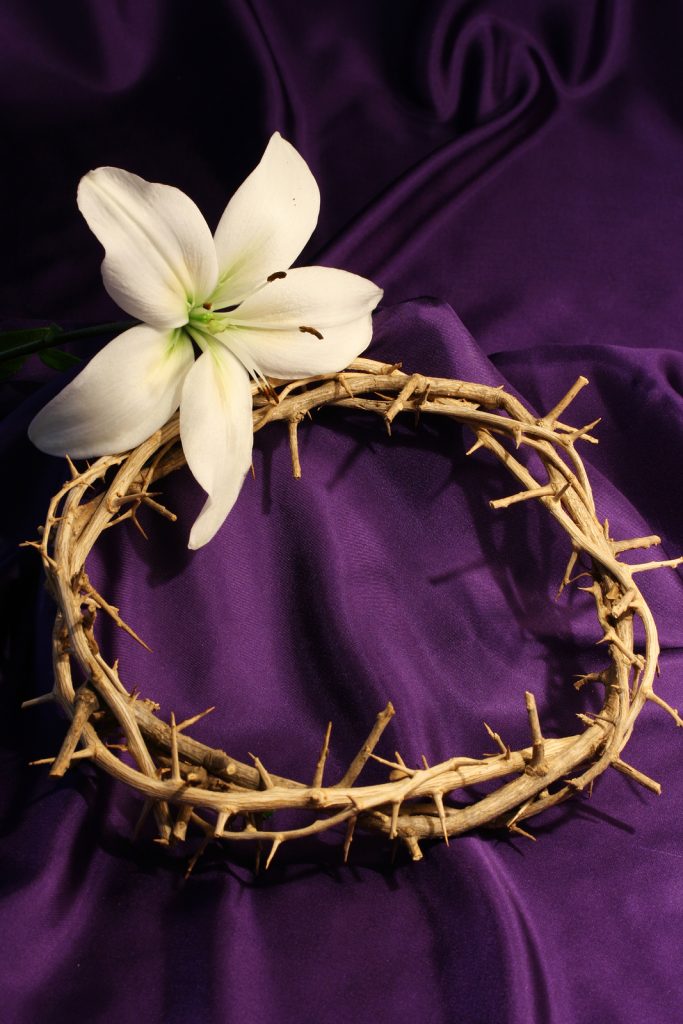 When we connect the dots, we find that Easter is the destination of a journey that, began in the Garden of Eden, catapulted us to the Passover and then led us to the Lord’s Supper. Easter is a celebration of the New Covenant, God’s Master Plan.

“In the same way, he also took the cup after supper, saying, “This cup is the new covenant in my blood. Do this, every time you drink it, in remembrance of me.” 1Co 11:25

The new covenant Jesus spoke of was established by the His death – the shedding of His blood – and His ultimate resurrection from the dead. When we partake of the Lord’s Supper, we remember the price He paid for our redemption. We cannot celebrate Easter and the benefits of the new covenant, without remembering the price that had to be paid – and Who paid it.

“In fact, the law requires that nearly everything be cleansed with blood, and without the shedding of blood there is no forgiveness.” Heb 9:22 NIV

Over the last 23 weeks our Christian Enrichment Class has been entrenched in a study of the Book of Daniel. Currently, we are in Chapter 9 and have begun to lay out the details of Daniel’s Prophecy. Although yet to come, Daniel’s prophecy reveals the last seven years of human government. We are studying the lessons taught by the late Pastor Chester McCalley, Word of Truth Ministries, Kansas City, MO. Pastor McCalley alerted his congregation to the fact that most Christians relate to the Word of God based upon how it applies to them, instead of how it applies to God’s overall program. He placed emphasis on the importance of not overlooking God’s Master Plan for all of mankind. What happens to you and I is just a small microcosm of what God is doing.

But how can anyone understand and keep up with God’s Master Plan? Especially when studying the Bible sometimes gives the feeling you’re driving in an unfamiliar city without a map – GPS for you younger drivers.

I became a student of the Bible in 1983 and since then I’ve learned there are many fascinating and essential keys to understanding God’s Word. One of them being, follow the crimson thread from Genesis to Revelation.

That concept of connecting the dots or following a line from point A to point B is not new. In fact, I get a reminder twice a year when I visit The Medical Center of Houston County in preparation for my semi-annual heart checkup. After registering at the same-day service desk, the attendant always reminds me to, “Follow the blue line.” The blue line leads me down both long and short hallways plus not to mention several right and left turns. Ultimately, I always reach my destination, the lab.

God’s Master Plan to redeem mankind began after man’s fall in the Garden of Eden. It was there, that God gave us our first crimson thread. Since Adam and his wife’s attempt to hide their nakedness with fig leaves was inadequate, “The LORD God made garments of skin for Adam and his wife and clothed them.” Gen 3:21 NIV. Scripture is silent as to whether God killed an animal – shedding blood – or merely sheared its coat to make clothing for the man and his wife. But regardless of the interpretation you accept, the common denominator is man’s attempt to cover his sin was inadequate and did not satisfy God. Hence, God had to step in and provide “for Himself” an acceptable sacrifice. Thus, we have our first thread.

Generations later He gives us another crimson thread when His chosen people – the Israelites – found themselves in bondage in Egypt. After nine demonstrations of His power, God proves He is Omnipotent – has all power. He does this by literally showing both the Israelites and Egyptians – the most powerful nation in the world at that time – that He determines life and death. He instructed Moses to tell the Israelites to select lambs that met His requirement. The instructions also stated to, “Take care of them until the fourteenth day of the month, when all the members of the community of Israel must slaughter them at twilight. Then they are to take some of the blood and put it on the sides and tops of the doorframes of the houses where they eat the lambs.” Gen 12:6-7 NIV. And with that decree, our God, the God of the Israelites, served notice that, “On that same night I will pass through Egypt and strike down every firstborn of both people and animals, and I will bring judgment on all the gods of Egypt. I am the LORD. The blood will be a sign for you on the houses where you are, and when I see the blood, I will pass over you. No destructive plague will touch you when I strike Egypt.” Gen 12:12-13 NIV.

When history brings us to the New Testament, God connects the Old Testament Passover lamb to His Son – The Lamb of God. Old Testament scripture laid the foundation that helps us correctly follow the crimson thread and make the leap to the new covenant. Jesus is that perfect lamb who by the shedding of His blood paid the price for our redemption. His blood is our covering. The Mosaic Law – under the old covenant – commanded the Israelites to remember their fore father’s deliverance from Egyptian bondage with the Passover Celebration. Jesus transitions us to the new covenant and commands that we remember the price He paid with the institution of the Lord’s Supper.

God’s Master Plan materialized with the death, burial, and resurrection of His Son – Jesus Christ. Whether we connect the dots or follow the crimson thread, our destination will always end at the new covenant, God’s Master Plan.

We call it Easter!