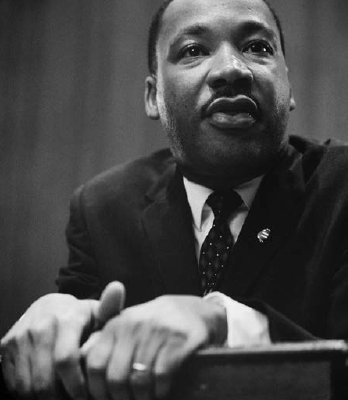 On Dec. 1, 1955 — 60 years ago — Rosa Parks decided she wasn’t going to give up her seat on a Montgomery city bus. Four days later, the largest act of civil disobedience began and lasted for 381 days and launched the civil rights career of a little known preacher named Martin Luther King Jr. King was new to Montgomery, Alabama. He had been called to pastor at Dexter Avenue Baptist Church in the shadow of the Alabama state capitol just 16 months before the bus boycott began. King stepped into the same pulpit that Vernon Johns occupied two years earlier. Johns was a fiery and fearless preacher of the gospel who scared the white community and his black congregation. King was chosen because of his education credentials. Many of the members of the church had some association with Alabama State and valued have a Ph.D. in the pulpit. But King wasn’t even supposed to be in Alabama. His father, Martin Luther King Sr., pastored Ebenezer Baptist Church for 40 years. The younger King grew up a child of privilege. Even after leaving Atlanta, his father advised him not to get involved in the struggle in Alabama, though the elder King had been involved in many fights for equality in Atlanta. King was chosen to lead the Montgomery Improve-ment Association, formed to organize and lead the bus boycott because of his newness — and because many of the other black ministers in the city were — in a few words — bought and paid for. It didn’t take long for the attacks to begin. King’s home was firebombed along with the homes of Rev. Ralph Abernathy and Lutheran minister Robert Graetz during the boycott. King was thrown in jail and accused of misusing Improvement Association funds. Still, he persevered. All was not peaceful when the boycott ended. Four churches were burned, black passengers on buses were shot and there were sniper attacks. By 1957, Montgomery was just as segregated as it was in 1955, and by 1957, Rosa Parks and her husband Raymond and her mother were forced to move, first to Virginia and then Detroit, because of death threats and the inability to find work. By 1958, King would survive his first assassination attempt by a deranged black woman named Izola Curry. But it 1968, an assassin’s bullet would make him a Civil Rights martyr.

No one could have imagined in 1955 that 60 years later segregation would be cold and dead. While racism still exists, just like in Montgomery after the boycott ended and violence increased, it’s just the final screams of a hollow emotion about to disappear.