Does Your Vote Count? You Bet It Does! 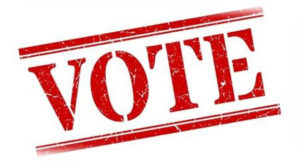 The most powerful weapon on Earth is the right to vote. The vote allows every citizen to be part of the political process. The right to vote is so powerful that, from our founding until this very day, there were and are, efforts to take that weapon away because voting can change the direction of cities, counties, states and countries. Voting though, is a weapon most of us rarely use, to our own detriment.

When this country was founded in 1776, Constitution ratified in 1787, denied the vote from slaves, women and non-property owners. However, the slave population was used to apportion Congressional seats. The three-fifths compromise of the Constitutional Convention of 1787 was the brainchild of delegate James Wilson, who would go on to be a Supreme Court justice and delegate Charles Pickney, a South Carolina slaveholder. The compromise gave Southern states a third more seats in Congress and a third more electoral votes because for every five slaves, three would be counted toward a state’s population. Why was the compromise important? Slaveholding states in the South were worried the more populous northern states would dominate if just the non-slave population was counted.

The time of Reconstruction following the Civil War, didn’t last long, from 1867 to 1877 when federal troops in the South guaranteed compliance with the U.S. Constitution, but in 1877, a deal was struck between anti-slavery Republicans and Pro-slavery Democrats. Rutherford B. Hayes, following President Ulysses S. Grant, both Republicans, was 20 votes shy of winning the presidency. Democrats, who controlled the House, made a deal to allow Hayes to become president in exchange for the withdrawal of federal troops from the South. Between 1890 and 1910, ten of 11 former Confederate states passed new constitutions or amendments that effectively disenfranchised most blacks, and tens of thousands of poor whites, through a combination of poll taxes, literacy and comprehension tests, and residency and record-keeping requirements. Those laws would stand until the Voting Rights Acts of 1964 and 1965 were passed.

Why your vote counts

In 2018 midterm elections, 10 races for the House of Representatives were decided by less than a 1 percent margin, one of those in Georgia for the 7th Congressional District, was decided by 0.15 percent. What’s that in real numbers? Ron Woodall beat Carolyn Bourdeaux by 419 votes out of 280,441 votes cast.

Also, in 2018 midterms, 10 races for the House of Representatives were decided by less than a 2 percent margin, one in Georgia for the 6th Congressional District, was decided by 1.03 percent. Lucy McBath beat Karen Handel by 3,264 votes out of 317,014 votes cast. The closest race in the country pitted Florida Gov. Rick Scott against Sen. Bill Nelson for the U.S. Senate. The margin of victory for Scott was 0.12 percent or 10,033 votes out of 8,190,005 votes.

But there was another race right here in Georgia that was oh so close. Stacey Abrams missed out on becoming the first African-American governor by 54,723 votes, or 1.38 percent out of 3,939,328 votes cast. Here’s the kicker: There were 2,478,676 registered Georgia voters who didn’t vote at all. It has been 401 years since the first slave ship landed in 1619. Today, the only thing keeping us from the ballot box is who we look at in the mirror. Certainly, there continues to be voter suppression, but shame on us if we allow it to stop us from exercising our rightful power.