Do ‘Black Lives Matter’ only to us?

During this month where we celebrate our country’s founding, I find few reasons for frivolity. I am a 68-year-old African American male, and for each of my 25,063 days (as of July 1) on this Earth, I have had to fear the atmosphere surrounding me. Certainly, all the statistics show that if it’s heart disease or diabetes or COVID-19, I’m more likely to fall victim. But there is another foe that, no matter my efforts to pull myself up by nonexistent “bootstraps” — no matter how well I look after my health, no matter my decision to become educated — is inescapable. There is no vaccine for racism?

I remember “The Talk” my mother gave with me as I came of age. She told me that I could be hunted and hated because of the hue of my skin and the coarseness of my hair. She warned me — long before the beatdown of Rodney King by police in 1991 — not to stop for them until I found a lighted — and hopefully — public place.

Breonna Taylor, Ahmaud Aubrey and George Floyd, are just the latest victims of the pervasive racism that seems to be in the DNA of our white brothers and sisters. I could add the names, Trayvon Martin, Rekia Boyd, Michael Brown, Freddie Gray, the Charleston 9, Sandra Bland, Eric Garner and Philando Castile — and the list goes on. And on. And on. The latest victims are indicative of the depths of racism in America. 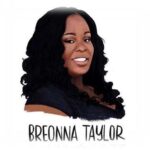 Breonna Taylor, a 26-year-old Louisville, Kentucky, emergency medical technician, was shot dead in her home after midnight on March 13 by police during a “no knock” warrant drug raid looking for a dealer who was already in custody. It took two months before the FBI was brought in to investigate her murder. 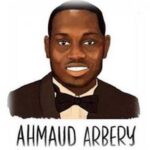 In February, 25-year-old Ahmaud Aubrey was out jogging in a Brunswick, Georgia neighborhood, not far from his home, when he was attacked and murdered by three white males who weren’t arrested until a video was released in May. Prosecutorial misconduct is evident as it took a leaked video, taken by the third assailant, that was already in officials’ hands to bring the GBI in to make arrests. 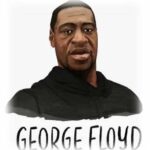 In Minneapolis, Minnesota, 46-year-old George Floyd was murdered by police in broad daylight with witnesses watching as he took his last breath — uttering the same words another victim of police homicide, Eric Garner, spoke before he died: “I can’t breathe.” Floyd died, handcuffed, with an officer’s knee on his neck for eight minutes and forty-three seconds. The city was racked by violent protests after his death. MSNBC’s Brian Williams said the video of Floyd’s death should be “Mandatory viewing” for white America. New York Gov. Andrew Cuomo said Floyd’s death was part of a “Continuing narrative,” as he invoked the names of other black victims of police violence, Rodney King and Amadou Diallo.

Driving while black is bad enough, but a black birdwatcher, Christian Cooper, in New York’s Central Park, was threatened by a white woman, Amy Cooper, no relation, when he asked her to follow the posted rules about having her dog on a leash. As he took a video on his phone, she screamed, “I’m going to tell them (the police) there’s an African American man threatening my life.” She was white enough to know, as she called 911, that if the police arrived his life would be in danger. When the video of the encounter was released it drew more than a million views. The woman was fired from her job at Franklin-Templeton and the shelter where she adopted her dog, took him back.

The history that sparked the recent incidents began as far back as the 15th century and many of the racist ideas were inspired by — religion. In the book “Stamped from the Beginning: The definitive History of Racist Ideas in America,” a 2016 winner of the National Book Award for Nonfiction, Ibram X. Kendi, wrote, “During America’s first century, racist theological ideas were absolutely critical to sanctioning the growth of American slavery and making it acceptable to the Christian churches. These ideas were featured in the sermons of early America’s greatest preacher and intellectual, Boston divine Cotton Mather (1663–1728).” The professor at American University continued to write, “To substantiate American slavery and win converts, Cotton Mather preached racial inequality in body while insisting that the dark souls of enslaved Africans would become white when they became Christians. His writings and sermons were widely read in the colonies and in Europe, where the progenitors of the scientific revolution — and then the Enlightenment — were racializing and whitening Europeans, freedom, civilization, rationality, and beauty. During the American Revolution and thereafter, years that saw the stunning growth of American slavery, politicians and secular intellectuals alike joined slavery’s justifying fray.”

I could cite thousands of major and minor instances of institutionalized racism — from excluding blacks in agricultural and service jobs from unemployment insurance — to federally imposed redlines, where blacks, no matter how well qualified, couldn’t buy homes in white neighborhoods.

We have been killed on our streets, in our homes and in our churches. Do we withdraw and look cross-eyed at every white person we see? Is there sanctuary anywhere? The real answer is — yes. While humankind is incapable of finding a solution to ingrained racism, God is the only power that can change the hearts of men. His word tells us in 2 Timothy 1:7 “For God hath not given us the spirit of fear, but of power and of love and of a sound mind.”