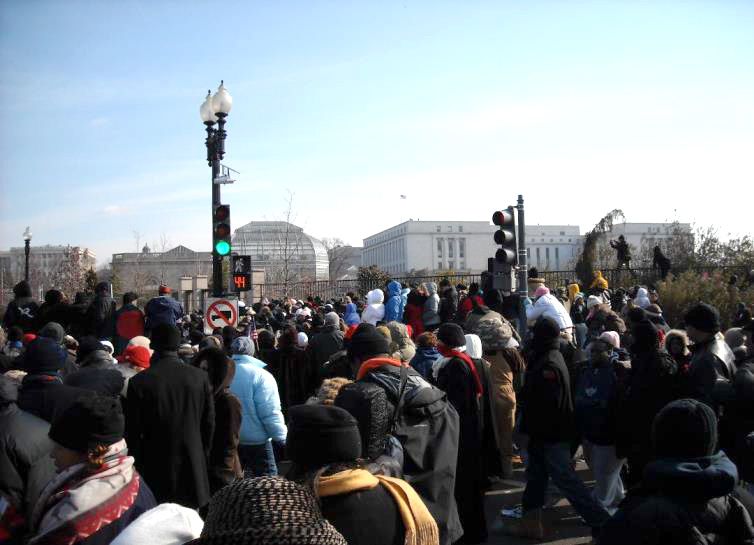 Happy New Year. Is anyone sad to see 2020 in the rearview mirror? The state of Georgia is basking in the limelight of national attention with two U.S. Senate seats up for grabs that could change the balance of power in the senior legislative body and give the Senate over to Democratic control if Raphael Warnock and Jon Ossoff win. This will be a momentous year no matter what happens on January 5.

For all of President Donald J. Trump’s bluster, badgering and bullying, at noon on January 20 his presidency will be over. I’ve attended three Inaugurations: 1993 when President Bill Clinton was sworn into office, and the 2009 and 2013 Inaugurations of President Barack Obama. The 2009 Obama Inauguration was a sight to behold. My wife Pamela and I, with two grandchildren in tow, Rodney and Rodrick, headed out to the Metro Station at about 4 a.m. on that 28-degree morning. We were not alone. Thousands of people were heading into the Capitol as well. We shared a train car that was filled beyond design capacity with smiling faces of people who had traveled from all over the world to see the nation’s first black president take the Oath of Office.

When we arrived on the Capitol Mall, the density of the crowd was hard to comprehend. Everywhere we turned — if we could turn — there were more people. The Capitol Mall had never seen such a large gathering, and not a mumbling word of displeasure or dissention despite the frigid conditions. Rather, this was a celebration with world-wide implications.

Earlier that morning President George W. Bush, First Lady Laura Bush, as is tradition, invited President-Elect Barack Obama and Michelle, the future First Lady, for coffee. Afterward, they rode together in the Presidential Limousine to the East Side of the Capitol, (the ceremony is on the West Lawn of the Capitol). They would not return to the White House together. 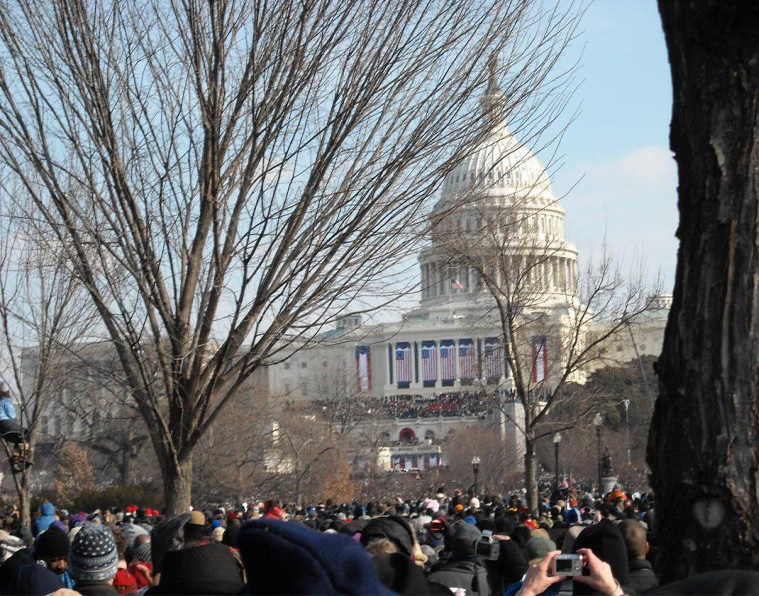 During the Inauguration ceremonies, workers at the White House completely remove all of the past president’s belongings, any furniture they’ve acquired, clothing, books — everything, and moved all of the new president’s belongings into the Nation’s House. The White House is thoroughly cleaned, carpets and all. The new president will enter his new home for the next four years in immaculate condition. At least that’s how a traditional timetable is supposed to work.

My most vivid Inaugural memory was during the 1993 Inauguration. The moment occurred on the East side of the Capitol. Former President George H.W. Bush was entering his helicopter to be whisked away. Marines were at attention and saluting. As he turned around and returned their salutes, the Marines didn’t budge. They didn’t drop their salutes until President Clinton raised his right arm and returned their salute. I’ll never forget the look on Bush’s face. He realized in that instance that he was no longer the President of the United States, rather a private citizen. That will be the same realization for our 45th president. While I doubt he’ll follow tradition, because he never has, nevertheless, at noon on January 20th, he’ll have to go, whether it’s to the Inauguration or someplace else. Some have asked, what if he refuses to leave? Mark my words, at noon, January 20, 2021, like Bush and every other outgoing president before and after him, when the new president is sworn in, the old one becomes Joe Citizen, and the Capitol Police are well equipped to remove any trespassers.