A Mother’s Day Tribute to Mom

On February 9, 2022, Town & Country Magazine published an article by Leah Silverman titled, “20 Mother’s Day Facts to Share with Your Mom.” I found Ms. Silverman’s list to be educational and worthy of sharing with you. 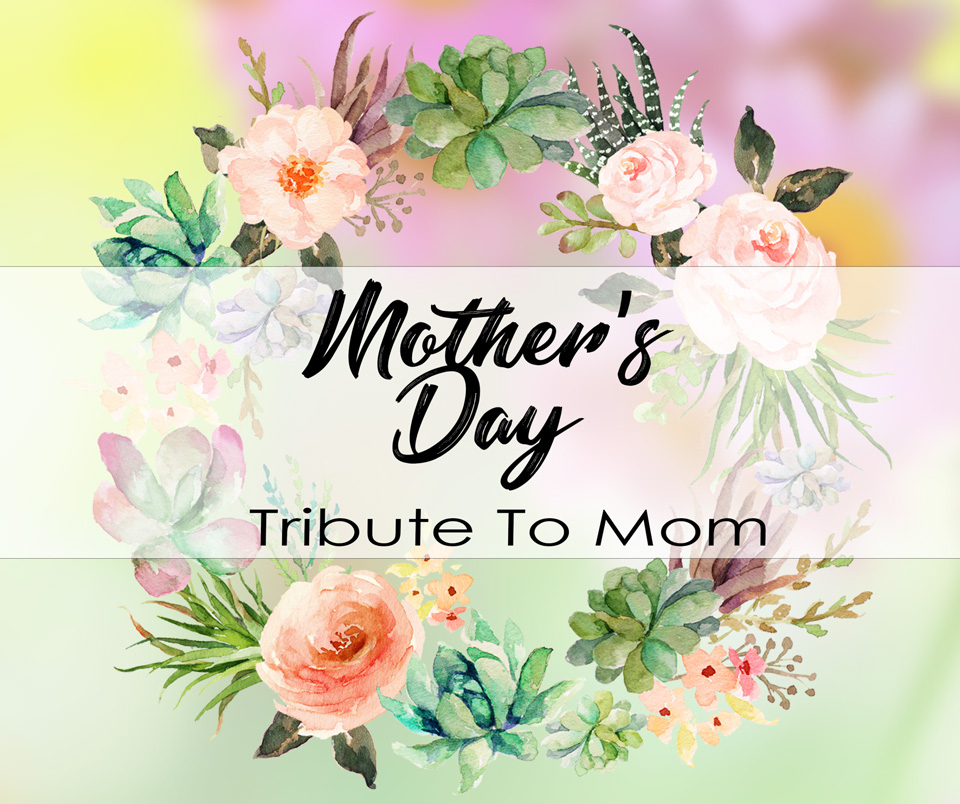 1. Mother’s Day isn’t always on the same date each year. But the holiday is celebrated every year on the second Sunday of the month of May.
2. More calls are made on Mother’s Day than any other day of the year. Reportedly there are approximately 122 million calls made on the second Sunday of May every year.
3. Mother’s Day is the third highest selling holiday for flowers and plants.
4. One of the earliest Mother’s Day celebrations was in Ancient Greece
5. Normally, Mother’s Day is the busiest day of the year for restaurants.
6. As of 2014, there were 43.5 million moms in the States. These women are between the ages of 15 and 50 and have collectively mothered 95.8 million children!
7. The moniker ‘Mom’ comes from babies. The first thing a baby can vocalize is the ‘ma’ sound, which is why in almost every language the word for mother begins with the letter ‘M’ or is some iteration of the ‘ma’ sound.
8. The history of American Mother’s Day starts with peacemaker Ann Jarvis. During and following the Civil War, Ann Jarvis made a concerted effort to foster friendship and community between the mothers on both sides of the war. She started a committee in 1868 which established the first glimmer of today’s holiday: “Mother’s Friendship Day.”
9. Ann’s daughter Anna continued her legacy by creating the official holiday. Anna Reeves Jarvis sought to honor her own mother by establishing an intimate day of observance that is very obviously the basis of today’s holiday. The very first Mother’s Day was celebrated in 1908.
10. Woodrow Wilson signed Mother’s Day into law in 1914.
11. Anna Jarvis would later try to stop what Mother’s Day became. The holiday quickly became a commercialized opportunity for producers to sell flowers, candies, and cards. Anna Reeves Jarvis felt this was detracting from the personal and intimate aspects of the holiday and defied this by starting boycotts, walkouts, and even condemned first lady Eleanor Roosevelt for using the day as a means of fundraising. Jarvis would eventually use all her money in this fight and died at the age of 84 in a sanatorium.
12. In 2018, over $23 Billion was spent on Mother’s Day.
13. The most popular gift for Mother’s Day is the greeting card.
14. Carnations have a special meaning on Mother’s Day. Anna Reeves Jarvis used the carnation on Mother’s Day to symbolize whether your mother was living. A red carnation meant she was, and a white meant she had passed.
15. Mother’s Day is celebrated all over the world.
16. 36% of Americans plan to buy their mom jewelry.
17. Some countries still observe ancient festivals honoring mothers.
18. Most United States women have their first child in their twenties.
19. Beauty salons and spas also get a Mother’s Day boost. According to the National Retail Federation, on Mother’s Day, people will spend $2 billion on personal services (like spa treatments) for their mothers.
20. Moms aren’t the only ones getting Mother’s Day love. The average American buys 2.8 Mother’s Day cards, so most people are buying more than just one for their mom. Many people opt to buy Mother’s Day cards for grandmothers, sisters, and their mother-in-law as well. More love for moms to go around!

Turning the page from Ms. Silverman’s article to Scripture, I’ve created my personal list of reasons to “celebrate” mom. I’ll share only three:
1 Kings 3:16-28. This passage emphasizes the wisdom of King Solomon, but the foundation is the King knew that a mother would sacrifice herself in order to prevent harm to come to her child.

John 2:1-11. This passage highlights the first miracle of Jesus. It also highlights a mother’s support for and encouragement of her child. I think of this passage when I hear of the successful athlete, businessperson, or politician who gives a “shout out” to their biggest fan – their mom. Mom believed in them when no one else did.

Mark 16:1-8. This passage highlights The Resurrection of Christ. But a closer examination of the passage reveals the love these three women, one being a mother herself, had for another mother’s child. Although He had been put to death in a manner that was reserved for those considered the lowest in society, these women believed that He was still worthy of, an entitled to a traditional burial. They took it upon themselves to do what was right. An even today, mothers around the world are at the front of the line fighting for equality and justice for everyone’s child.