A December to Remember Keeping Christ in Christmas

And there were shepherds living out in the fields nearby, keeping watch over their flocks at night. An Angel of the Lord appeared to them, and the glory of the Lord shone around them, and they were terrified. Luke 2:8-9 NIV
Over two thousand years ago, the Angel of the Lord made an appearance on the stage of mankind to make an announcement that still needs to be broadcast.

But the angel said to them, “Do not be afraid. I bring you good news that will cause great joy for all the people. Today in the town of David a Savior has been born to you; he is the Messiah, the Lord. This will be a sign to you: You will find a baby wrapped in cloths and lying in a manger.” Luke 2:10-12 NIV

The people alive at the time of the angel’s announcement could have certainly used some “good news.” The Roman Empire controlled most of the known world at that time and life for the common person was filled with challenges. The shepherds heard a message that offered them and the world a ray of hope – the birth of a Savior. After two years of living through the changes and challenges of a pandemic, America and the world needs to be reminded of the hope that the angel proclaimed.

Keeping Christ in Christmas is a perfect reminder of the Savior who came to take away the sins of the world. Sharing the scriptural account of our Saviors birth is something that you and I must remain diligent in doing. “But in your hearts revere Christ as Lord. Always be prepared to give an answer to everyone who asks you to give the reason for the hope that you have. But do this with gentleness and respect,” I Peter 3:15 NIV. Giving an answer for what we believe should be woven into our lifestyle and practiced every day of the year and more especially during the Christmas Season. If those who do not believe are allowed to erase His birth, then His death and resurrection become a fairytale. 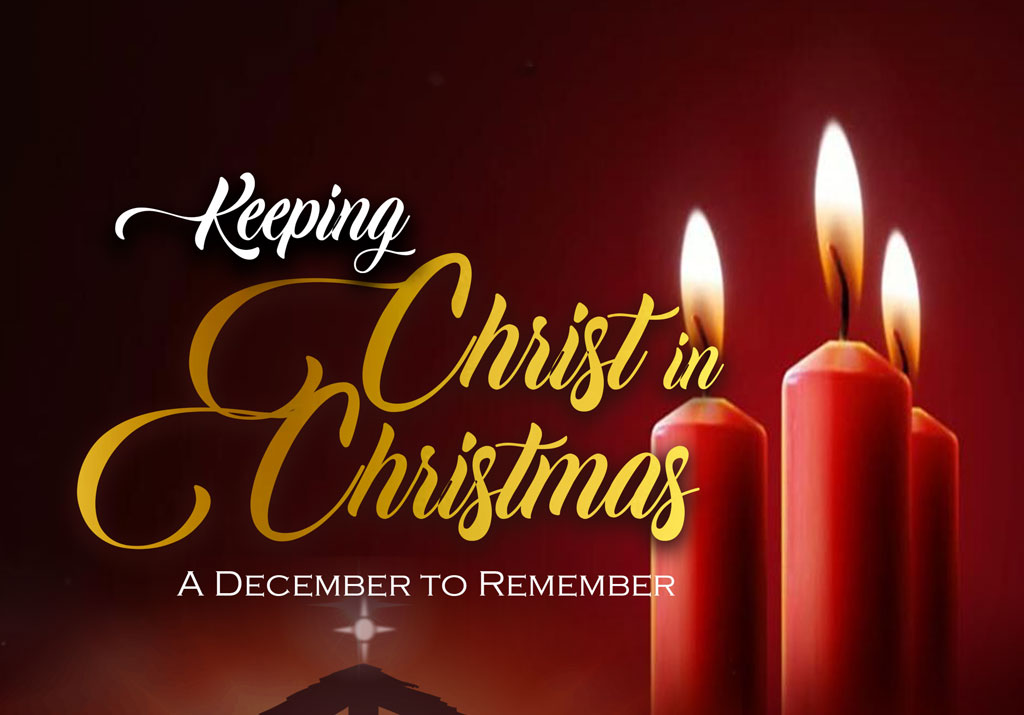 “The Pew study, based on interviews conducted in recent weeks with 1,503 adults, found that while a vast majority of Americans still celebrate Christmas, most find the religious elements of the holiday are emphasized less than in the past — and few of them care about that change.” Is Christmas a Religious Holiday? A Growing Number of Americans Say No – The New York Times; Dec 13, 2017.

The results of surveys like the one above, as well as the actions of many Americans, should sound an alarm in the mind of all believers. Although He did not tell us to remember His birthday, Keeping Christ in Christmas is an essential ingredient of what He did tell us to remember – His Death and Resurrection.

Brenda and I live in Warner Robins, GA which is located in Houston County. The Houston County Emergency Management Agency (HCEMA) has erected 33 Nine Tier Whelen Communications Sirens. The sirens, placed strategically throughout the county, are there to ensure that all residents can be made aware of any weather and/or hazard related emergencies. When the HCEMA periodically tests the system, I realize how the shepherds must have felt when they heard the angel’s announcement booming from the sky.

“This is big. Really big! I need to pay attention.”

Notice how the angel ended his announcement:

Suddenly a great company of the heavenly host appeared with the angel, praising God and saying, “Glory to God in the highest heaven, and on earth peace to those on whom his favor rests.” Luke 8:13-14 NIV

It’s so easy to lose hope. Especially when you dive into your daily news source. The lead story always flashes a world in turmoil: crime, murder, war, social injustice, the abuse of women and children, political deception, and the list goes on. Although far removed from the dominance of the Roman Empire, “people of all nations” are still seeking a better life. They seek the hope the Angel of the Lord proclaimed at the birth of Christ.

Make December 2021, “A December to Remember” by “Keeping Christ in Christmas.”